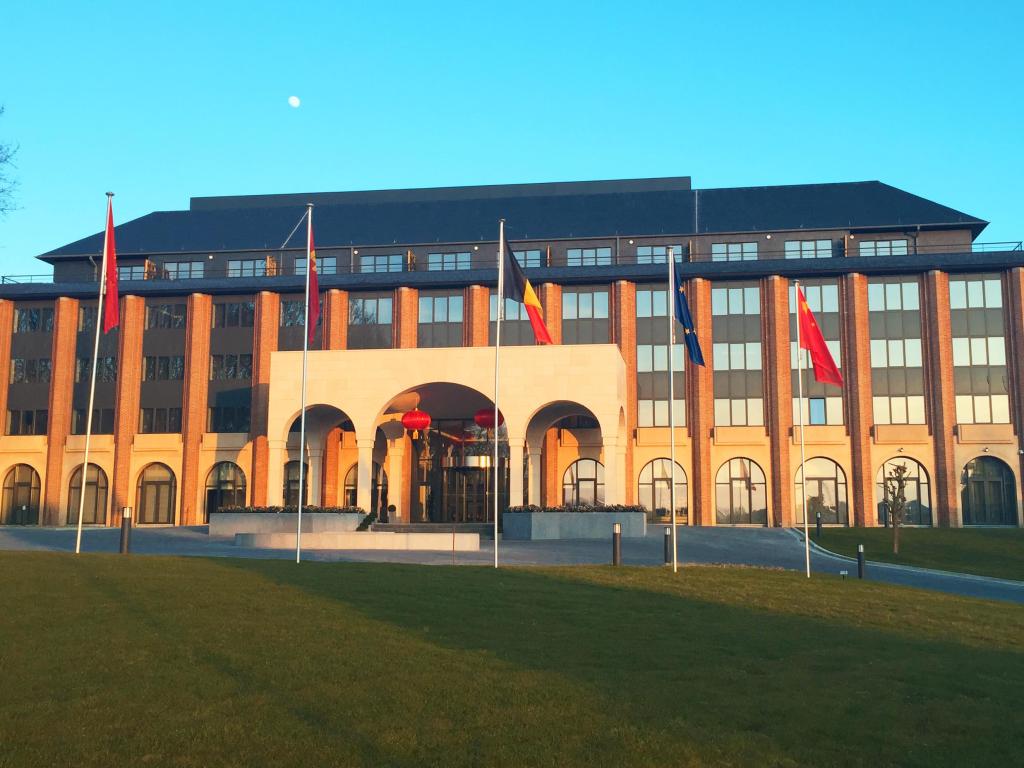 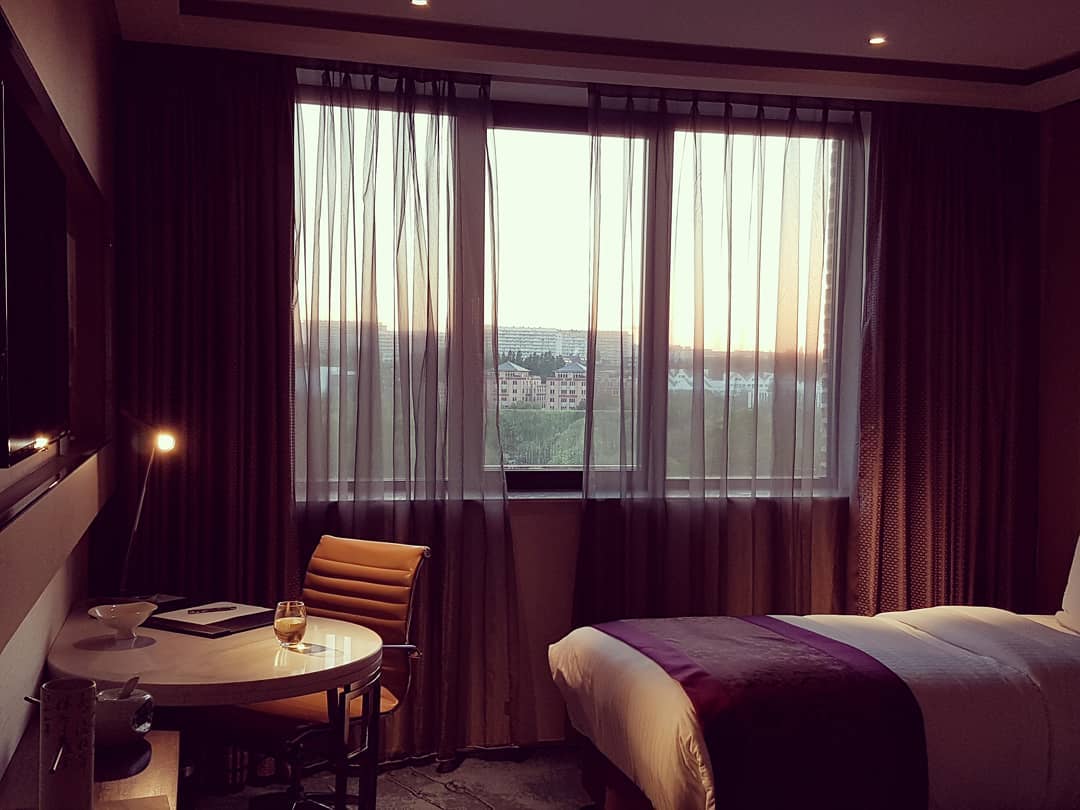 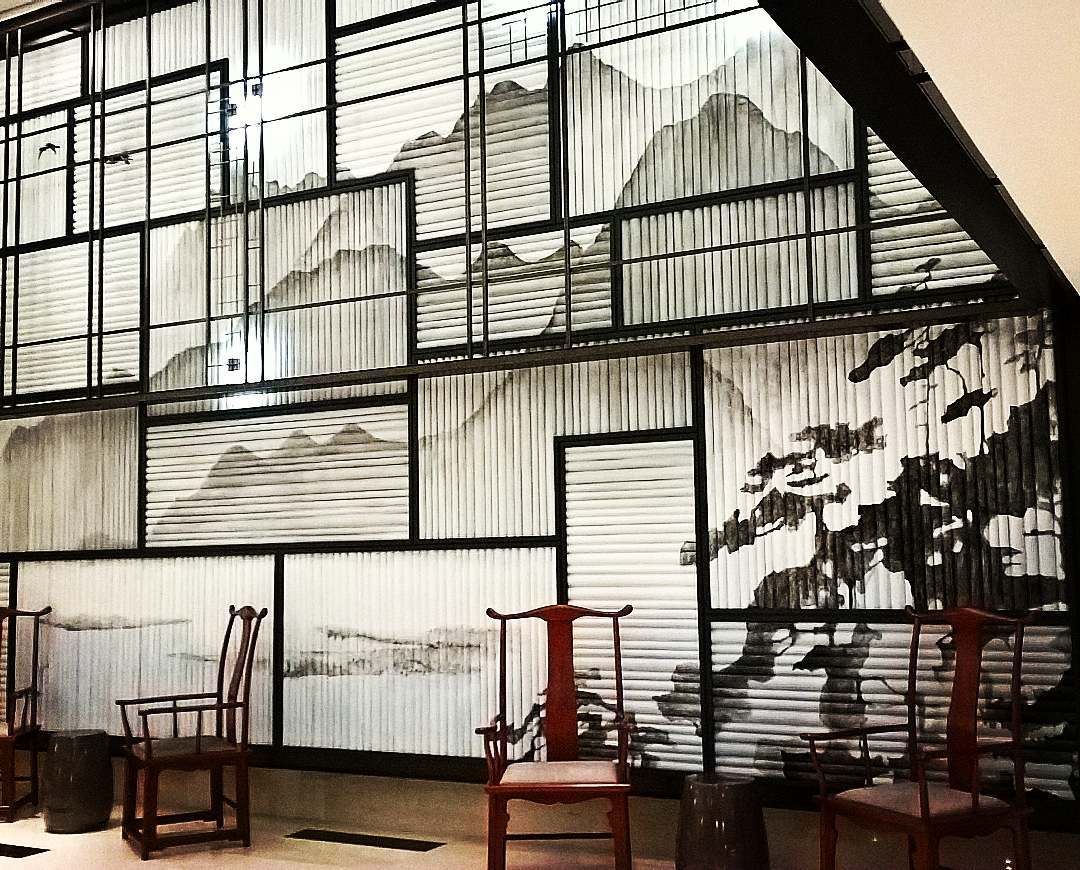 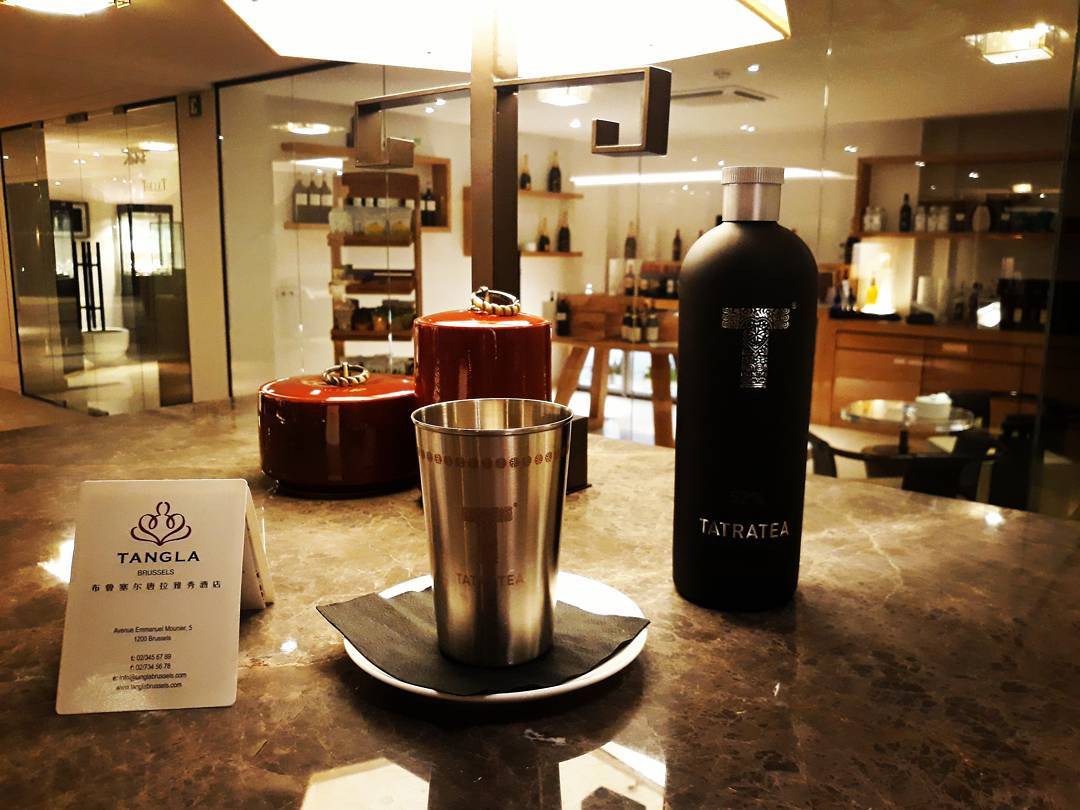 Tatratea Belgium is proud to be official partner of 5 sta... 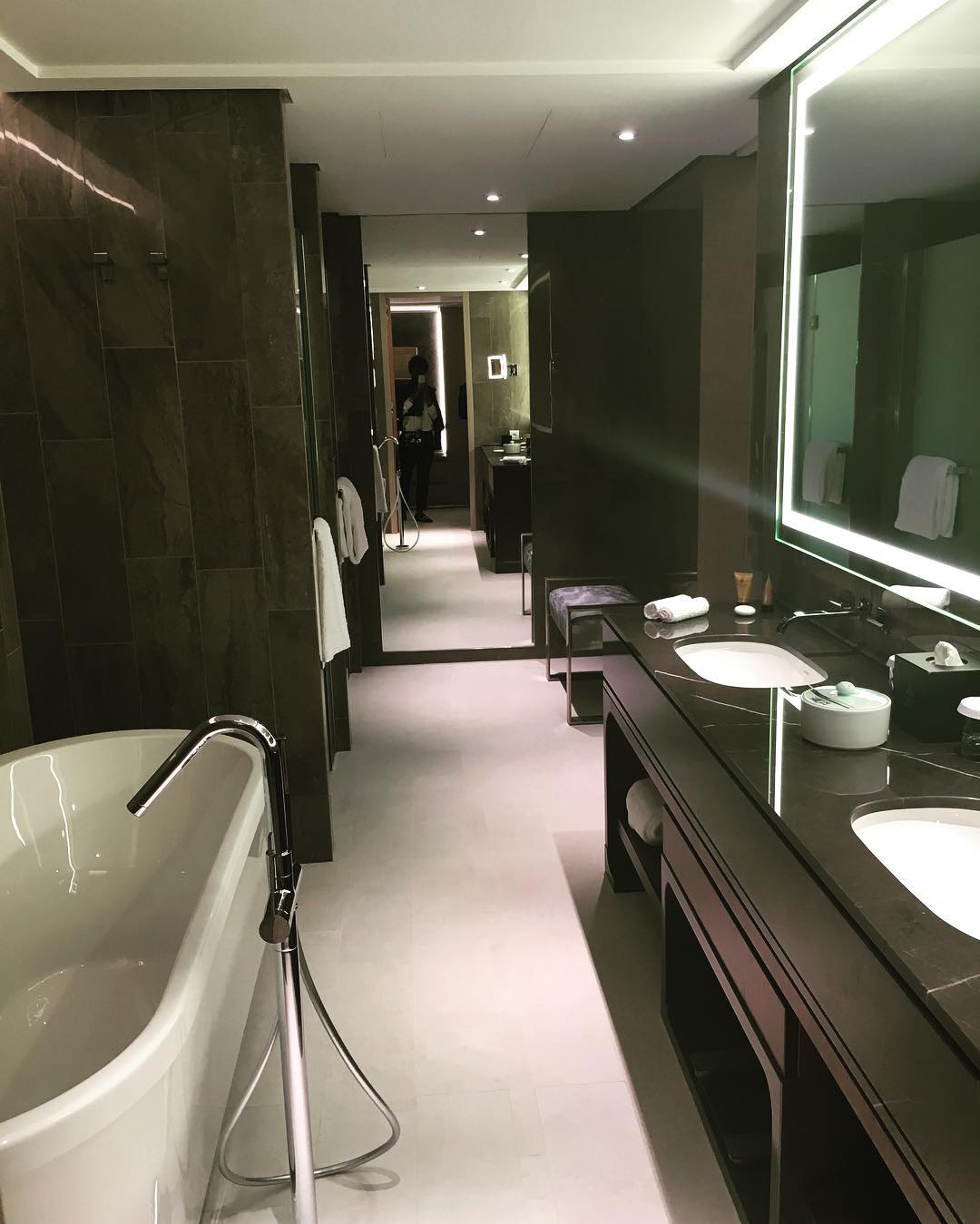 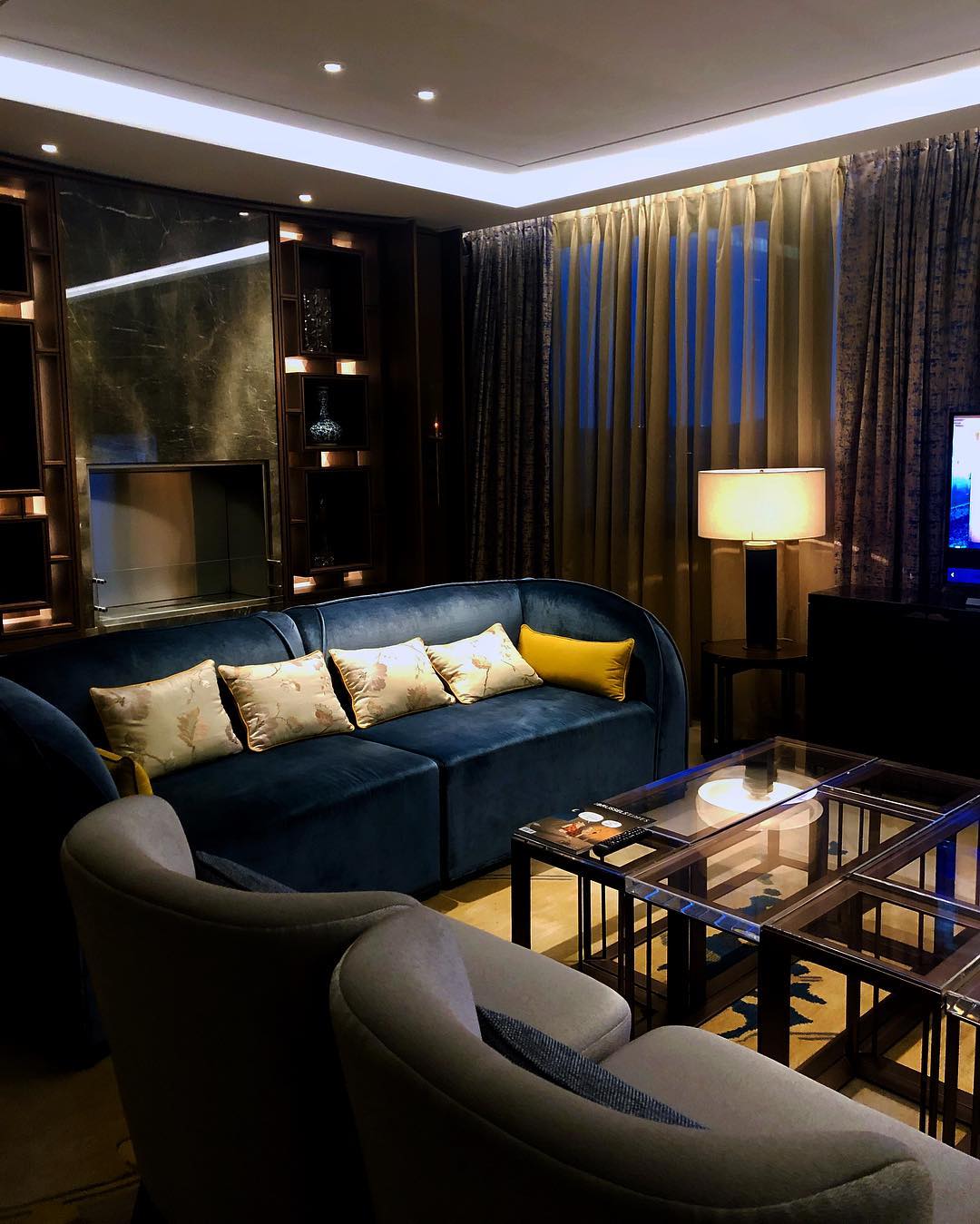 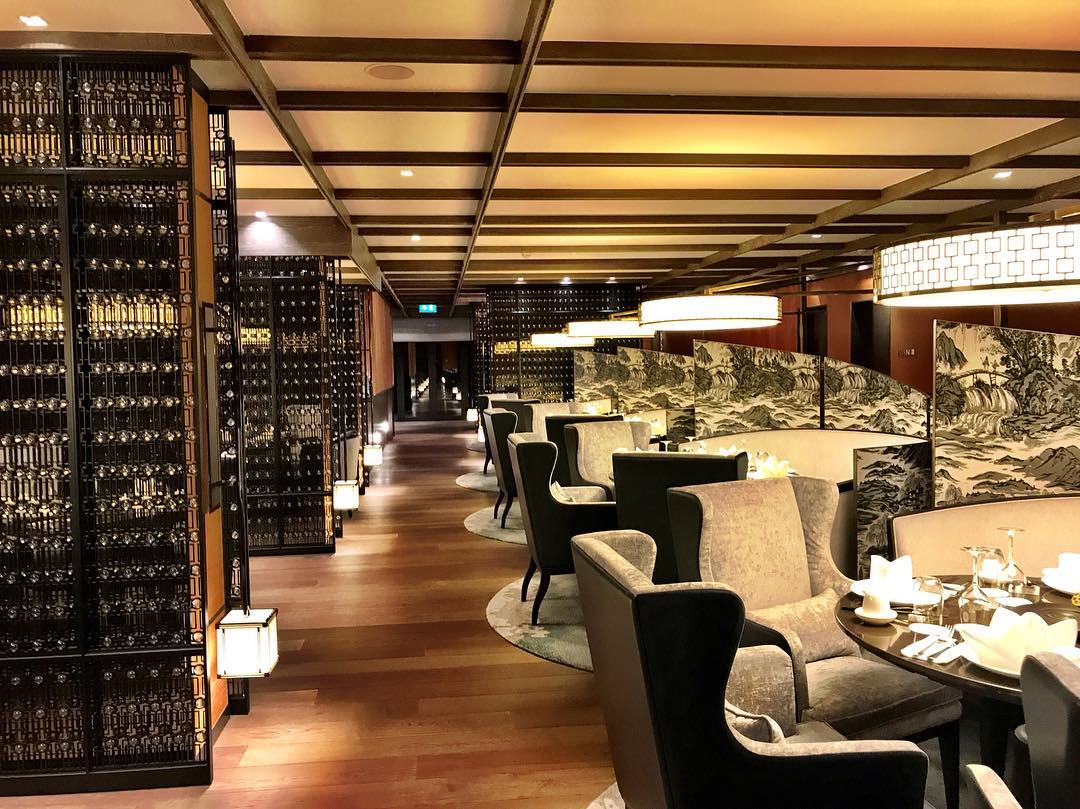 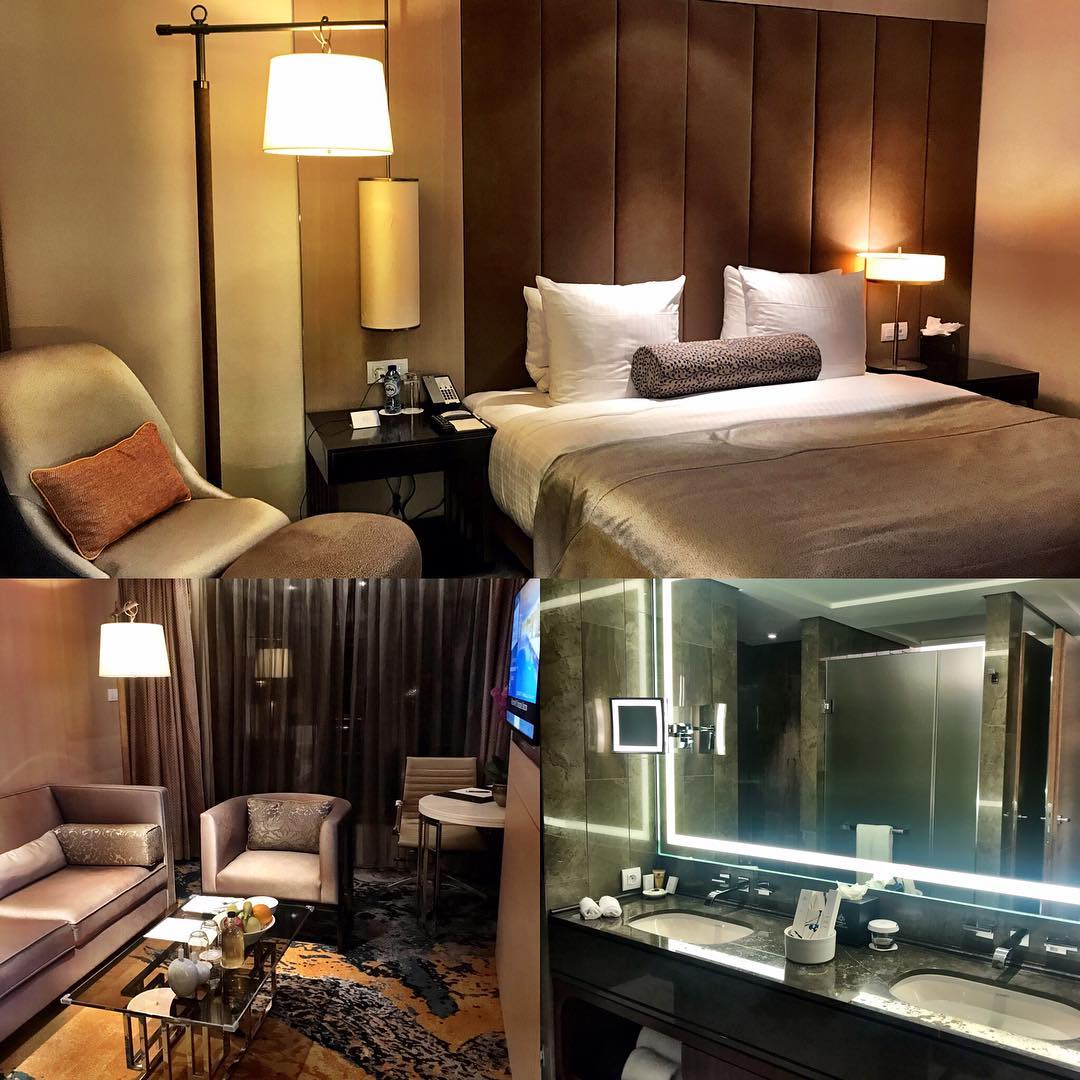 Back in the most luxurious five star hotel in Belgium 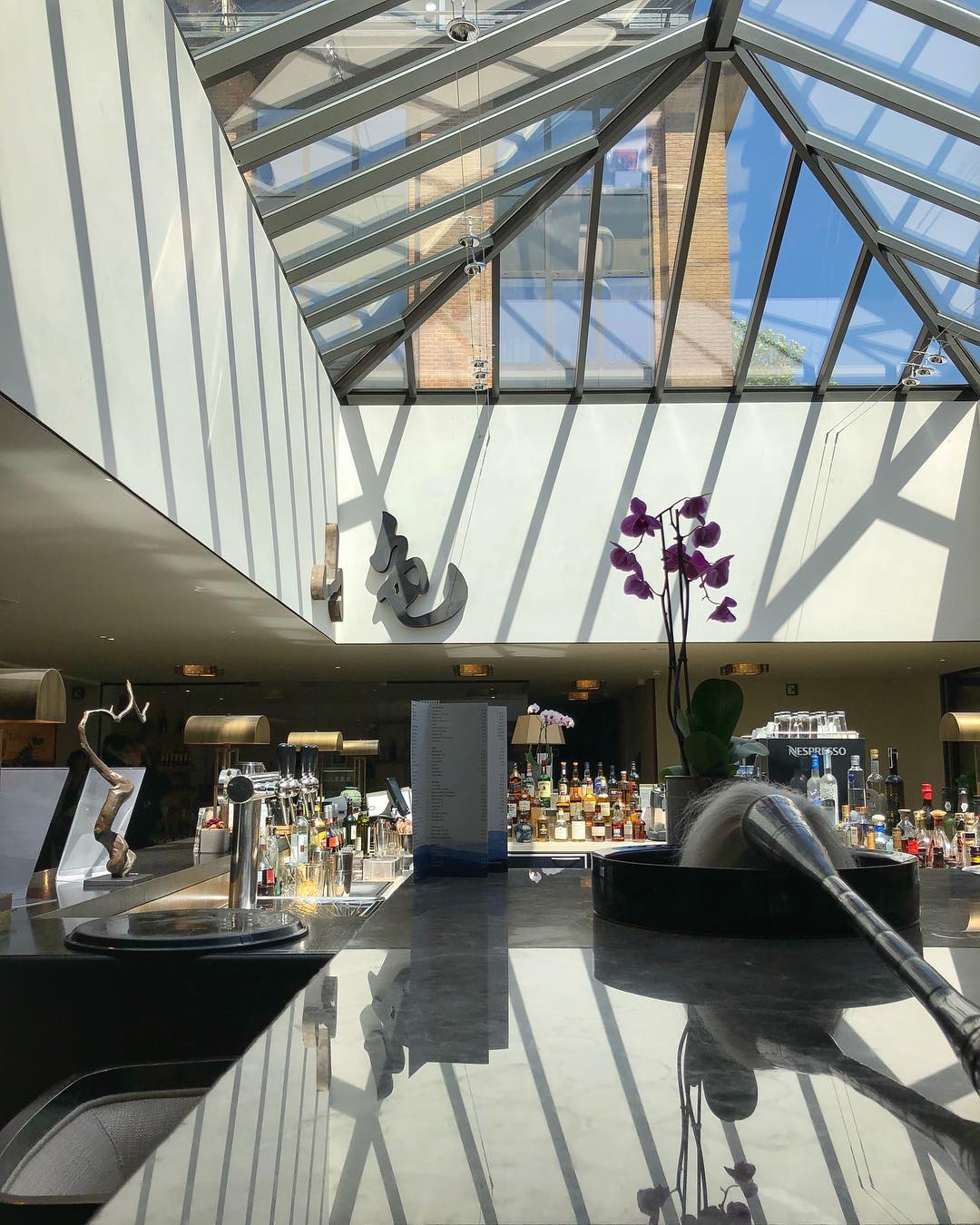 Bathe in the sun and enjoy a delicious cocktail at our T ...

#1
Best Hotel I have stayed in for a long while
Excellent Hotel. Tastefully decorated with a heavy oriental theme which adds character whilst maintaining all you expect from a modern hotel in a major city. From arrival to departure the staff were professional and attentive. The public areas and rooms have all been recently refurbished to a very high standard with an oriental theme. The hotel achieves a perfect balance of modern 21st century hotel and orential influence which makes the whole thing a little different, but still somewhere that offers all a modern hotel should. I usually go for chains like Sheraton, Radisson, NH etc. when away but, this is now my "go to" Hotel when in Brussels and location allows. It's out of the centre but it's a nice place so will put up with that and let Uber take care of the rest. Would definitely recommend and will definitely stay again.
Review by OnAir40857887321

#2
OK as long as you want everything standard
This is a perfectly nice hotel, so called Asian/Japanese inspired.

The annoying part with that is that my room had no door to the room with the shower and sink, and there is a glass wall between the bedroom and the shower room. This means that if two of you are travelling together and are on separate schedules it is hard not to wake the other. For 259 Euro I would expect better design.

Also, I had recently had an upset stomach and did not want much foor. I ordered the "seasonal wok" for room service, and it only had carrots, celery and canned mushrooms, hardly what I expected.

One morning included the breakfast buffet, the other did not. I asked if I could just purchase a fruit salad, and was told that no, it was the 30 Euro buffet or nothing. Most hotels of this calibre at least offer you an option.

Also, my group had negotiated late checkout, I even got a letter from the hotel about it, but had to argue with reception to actually activate it.
Review by SlartibarfastLondon

#3
Do not spent New Year in their restaurant!!!!
Just had the New Years Eve dinner in their restaurant with friends hoping for a great meal and some quality time. All we had was a disaster menu and very expensive wine. We have paid 89 Euro per person - for a menu which was supposedly focused on seafood and including a glass of champagne. Wine was paid separately (98 Euro for a bottle of unimpressive red wine and another 50 Euro for a bottle of white wine). Some of the dishes were uneatable - traditional Chinese cake; the seafood soup. Every time we waited for some decent food to come, but no single dish could be called festive or making up for the number of stars associated with this location!
The service was done in a rather speedy manner so that everything was over at midnight. Soon after midnight the waiters were cleaning and letting you know that the show's over and people should go. The company of friends was great but the dinner was a fiasco!
Review by Cristian B

#4
Staff with threatening bad attitude.
I will try to be fair and honest in my review,the hotel location is good if you need health treatment at nearby hospital (my dad case) or if you are accompanying yiur kids for University.The hitel is nice,clean,confortable and the food is good.But the attitude of staff is left to be desired.When we were presented with the penalty bill for my dad smoking in his room,the attitude of the staff was really threatening and explaining she had picture proof,like if we were criminals in a court room.You ask for 6 days extension for 2 rooms and they are unable to offer you any special rate but a rate more expensive than the online accessible ine.Ask fir a bit of check out extension and you will be told a charge will be added and quite understandable if the hotel was busy.The mabagement and staff have to understand its these littke gesture that keaves the biggest imoression with guests and make them come back.We finally mived at nwarby crowne plaza and surely will nit return to this hotel .
Review by mohamed b

#5
overnight stay
Very good service & experience. Friendly efficient staff. particularly the drivers to and from airport.I will recommend Tangla for business and holiday stays. Desk staff polite and efficient. Breakfast staff could be more helpful. I had to enquire where I could get a cappachino & it was a long time coming. I was halfway through breakfast before it was ready. otherwise ok.
Review by Stuartstevens

#6
The best hotel in Brussels
This place is so exceptional I highly recommendvery relaxing and staff are just waow splendindthe wellness is very relaxing and the rooms are just faboulousthe hotel is very big and the staff treats you very well.I really love it. It will be my 4th time going there. just love it.
Review by Fearless26342626002

#7
Highly recommended for professionals
I had the pleasure of attending a professional gathering at the Tangla Hotel. The meeting room was well equiped and allowed for all of us to be able to follow the presentation. The drinks and walking dinner afterwards provided a variety of foods, cold and warm, so there was something for all to enjoy. Staff is friendly and correct, always ensuring that your evening is running smoothly. If you are looking for an impressive location for your next professional event, don't look any further. Book the Tangle Hotel!
Review by Eva3070

#8
Smart Rooms, Generally good service, off location
Spent 3 nights for a conference. Rooms seem small but are laid out efficiently and there’s no wanting for storage. Bartender in the evening was great - very friendly and attentive, though much of the breakfast staff ignored their patrons. OK spread but nothing special, no eggs to order offered, fruit salad but no spread of fresh fruit.

Don’t really get all the Chinese touches throughout the hotel - I assume its Chinese-owned, and this just doesn’t seem authentic to the area. Pool was nice even on a November afternoon, though there were no towels to be found.

I tried to cancel my last night upon arrival as a travel agent missed my request for a 2 night stay. The hotel refused to waive the 3rd night charge, so I spent 1 more night here than desired as I wanted to stay in a more touristic location downtown. Have never had a hotel refuse to shorten a stay w/o a fee, and the hotel was EMPTY this last night.

While the hotel is isolated, its a 10 minute walk to a metro station, then 20-25 minutes to Belgium’s central locations.

Certainly a nice place and 3 great nights’ sleep, but I wouldn’t return here, largely due to location.
Review by davidandrose1

#9
Perfect stay
Perfectly balanced new 5 stars hotel and restaurant.Absolutely no false move or mistake to report which is very rare. Please continue to work hard to maintain this harmony and consistency which is so hard to maintain or restore. Note: Please don't sell your rooms at such huge discounted price, it sends the wrong signal I paid my room on booking.com at 92€ for your amazing 5 stars property when the nearest Ibis was quoted at 95€. Its not a mistake but just my advice. After staying and eating breakfast + dinner at your hotel, I dont think you should ever go under the price of the nearest Novotel or Hilton (this was only my opinion)
Review by Excursion57175156125

#12
We booked two rooms and stayed there for just over two weeks. Whilst there were Covid restrictions in place resulting in some of the common services not being available, the staff did their best to make our stay in a well appointed property exceptional. And they did succeed.
Thank you everyone at Tangla

Location
We are ideally located for both business and leisure travelers, with convenient access to both the city center and Brussels International airport. Get detailed instructions here.

Rooms
Tangla Hotel Brussels rooms are a tribute to the Chinese Art of Hospitality and an ode to the unique charm of Asian Culture.

Enjoy a maximum of comfort whether you are looking for a well-organized business stay or a well-deserved week-end away. All rooms enjoy a luxurious feel and are lavishly decorated with marble elements, voluminous carpet and oriental details.

Topped with the highest standards of service, this makes Tangla Brussels more than a place to stay. It is a place to return to.

Food & Drink
Food has no borders. That's why we present you with an array of tastes and sensory impressions from the 5 corners of the world within the Tangla Brussels walls. Be seduced at any possible time by creative dishes, composed with refined and daily-fresh produce at one of our culinary outlets. 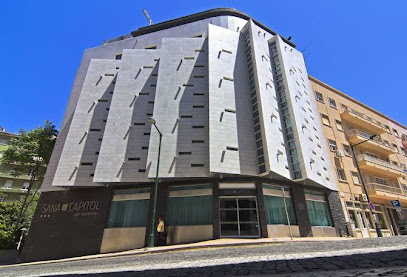 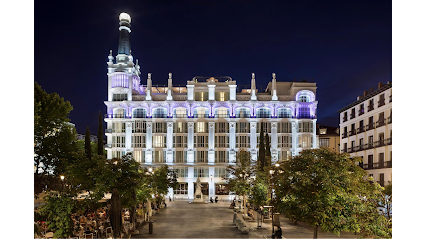 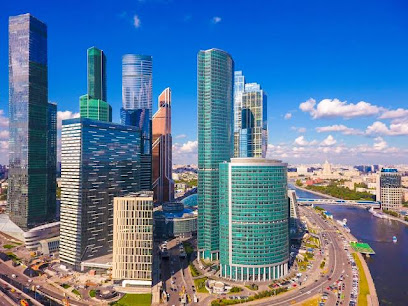 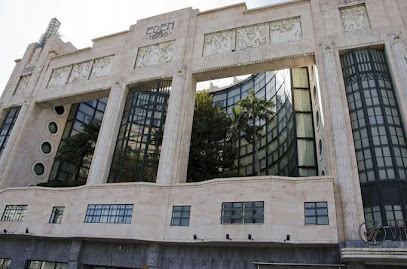 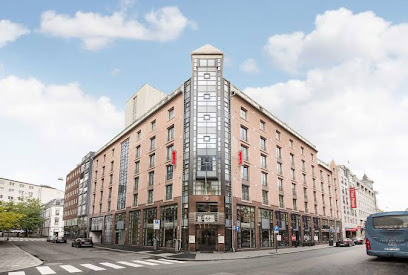 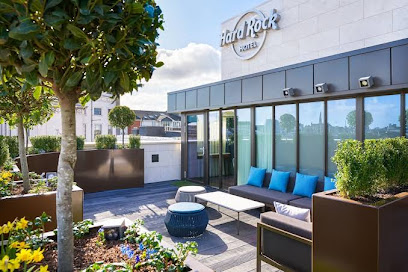 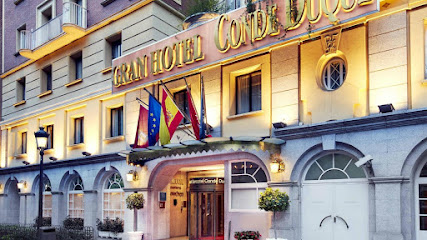 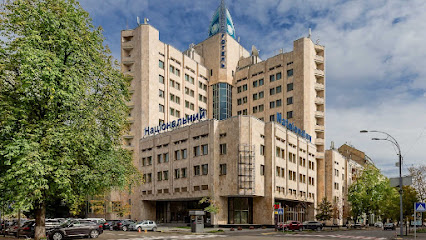 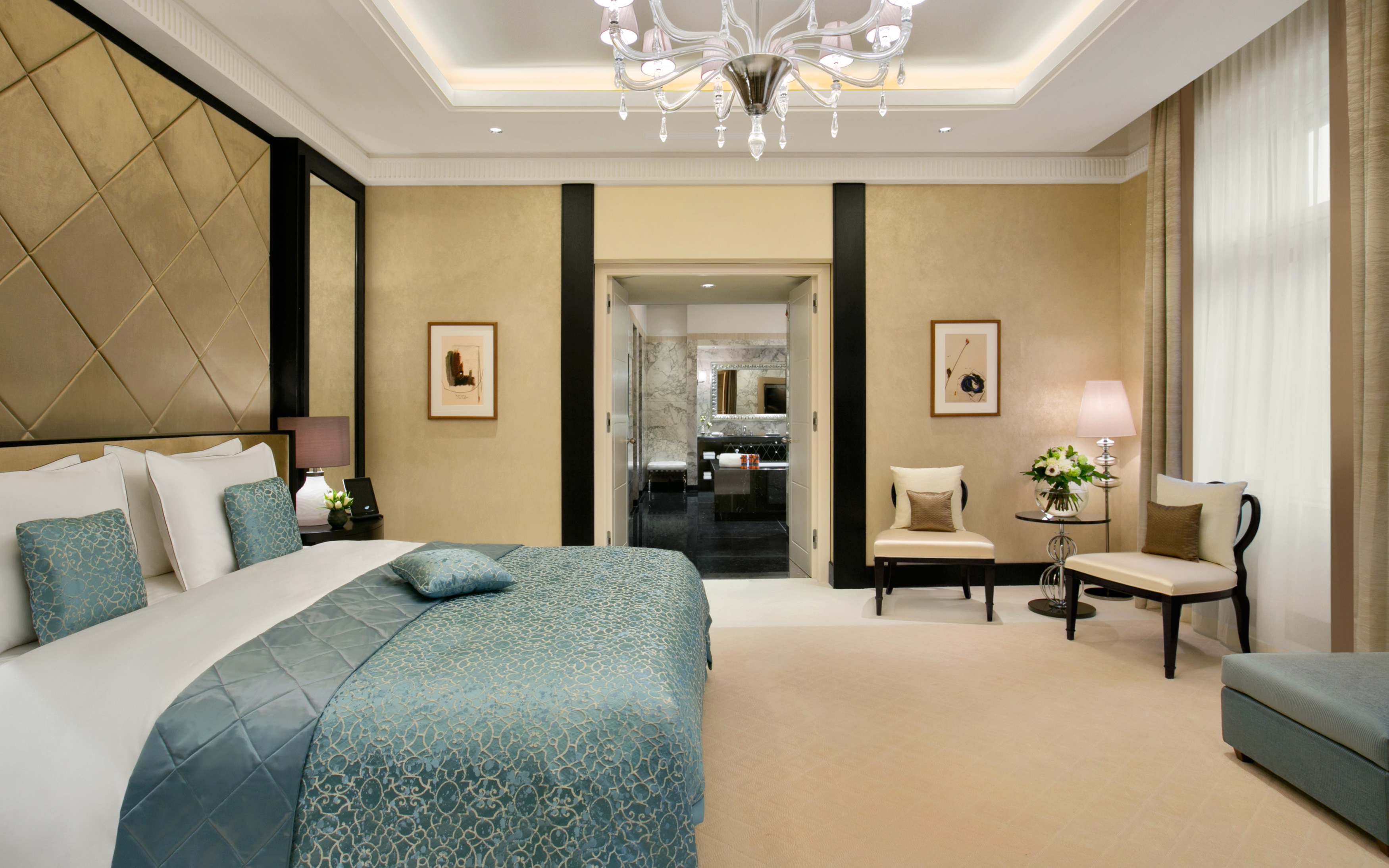 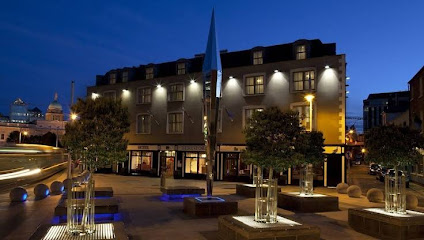 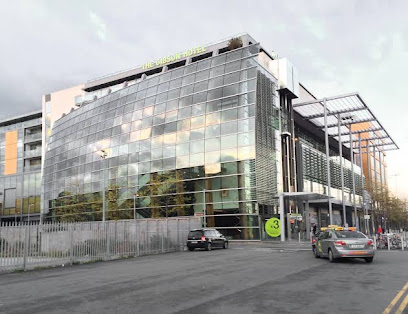