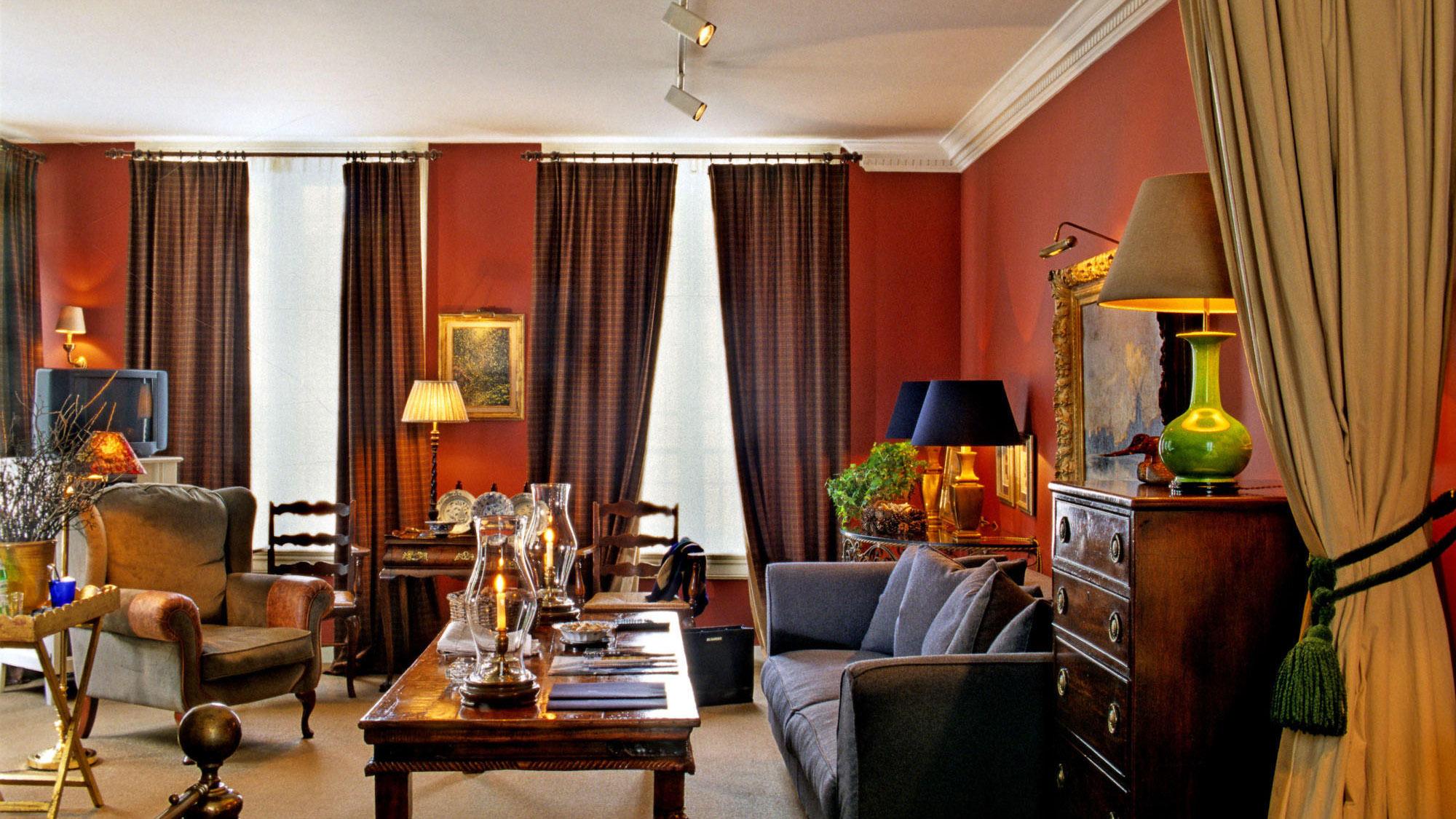 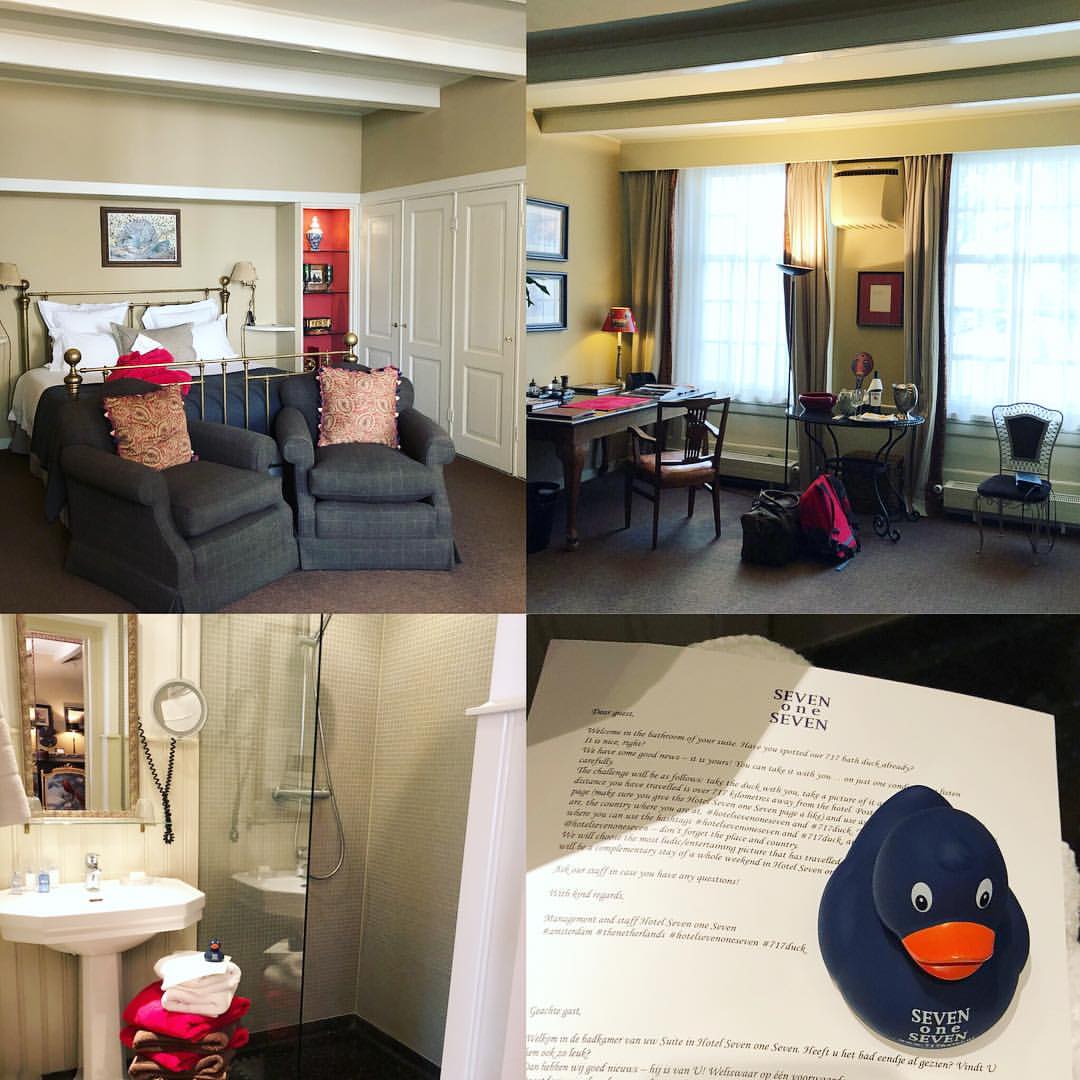 Gorgeous accommodations! Can’t wait to see the next one! ... 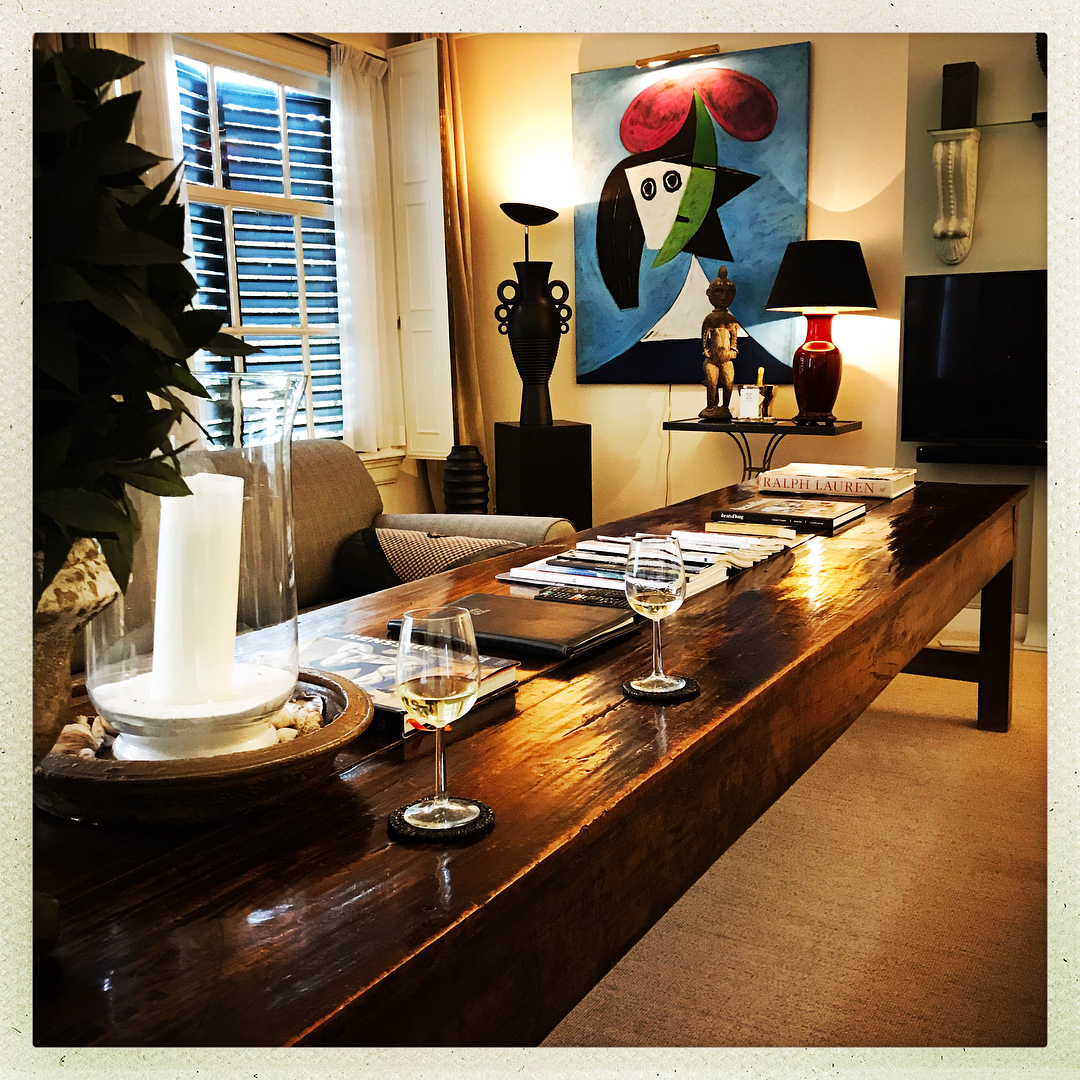 Birthday weekend in Amsterdam begins in our incredible ho... 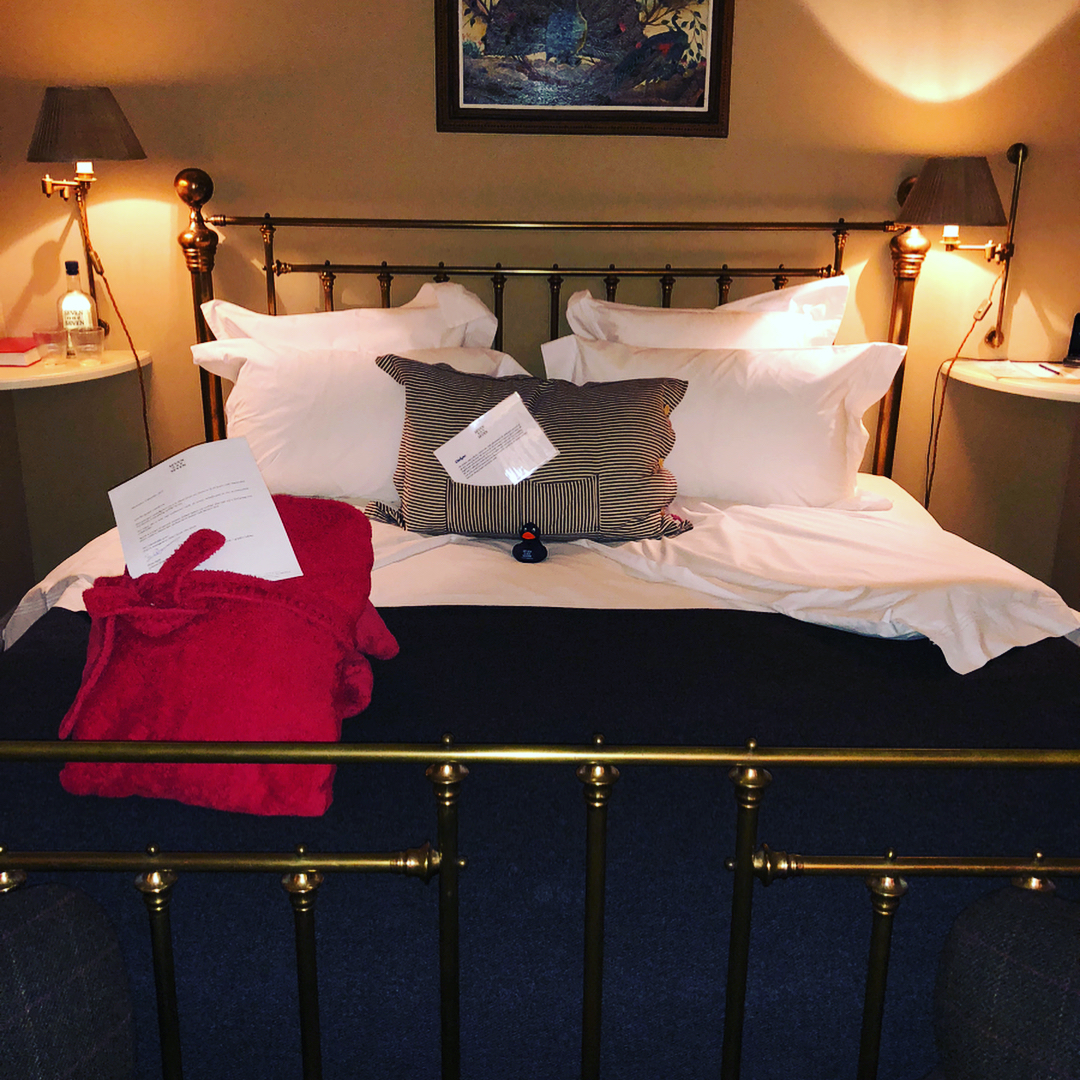 Three of our flights were cancelled yesterday so we had t... 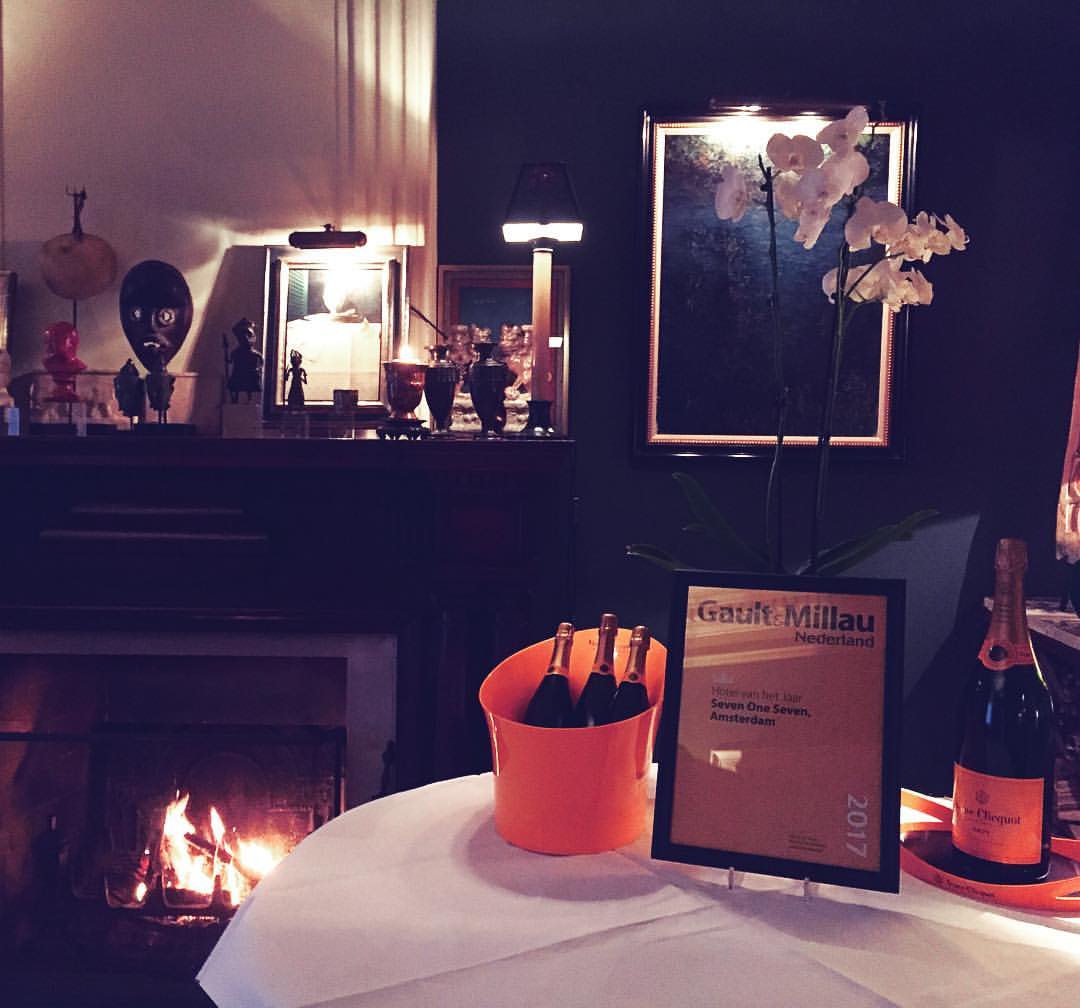 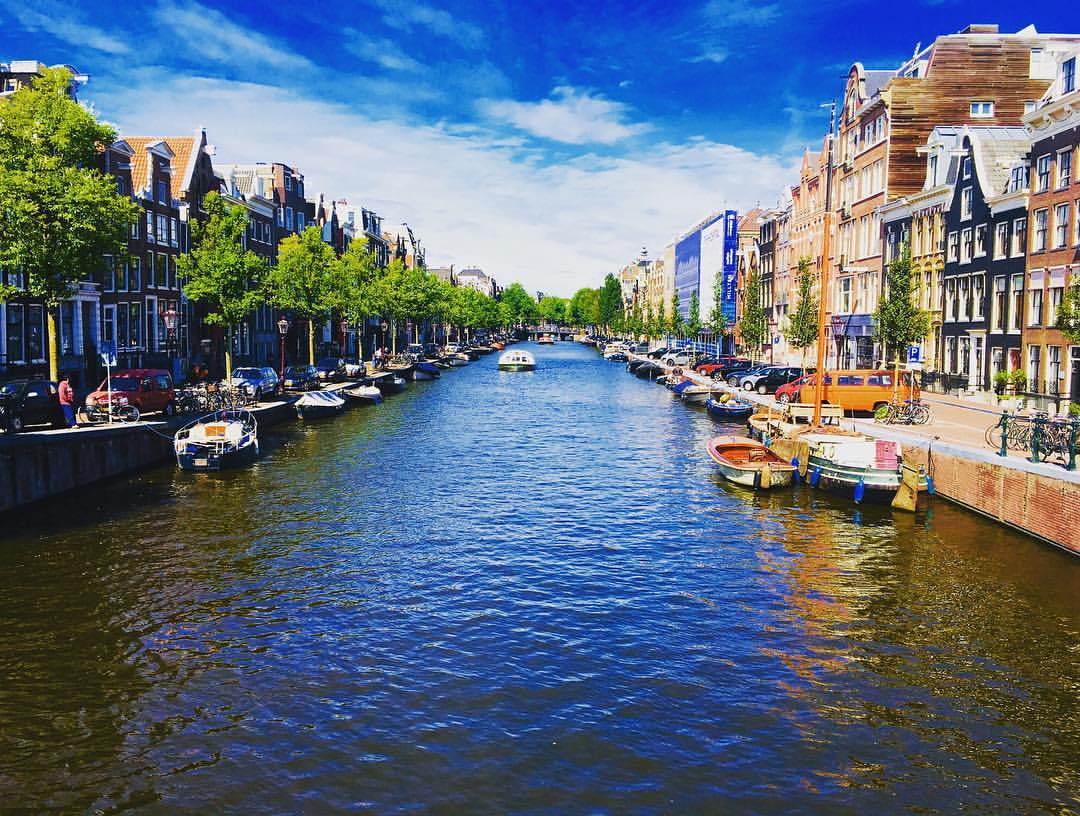 Amsterdam has an abundance of canal facing boutique hotel...

A room with a view, peaceful and beautiful... 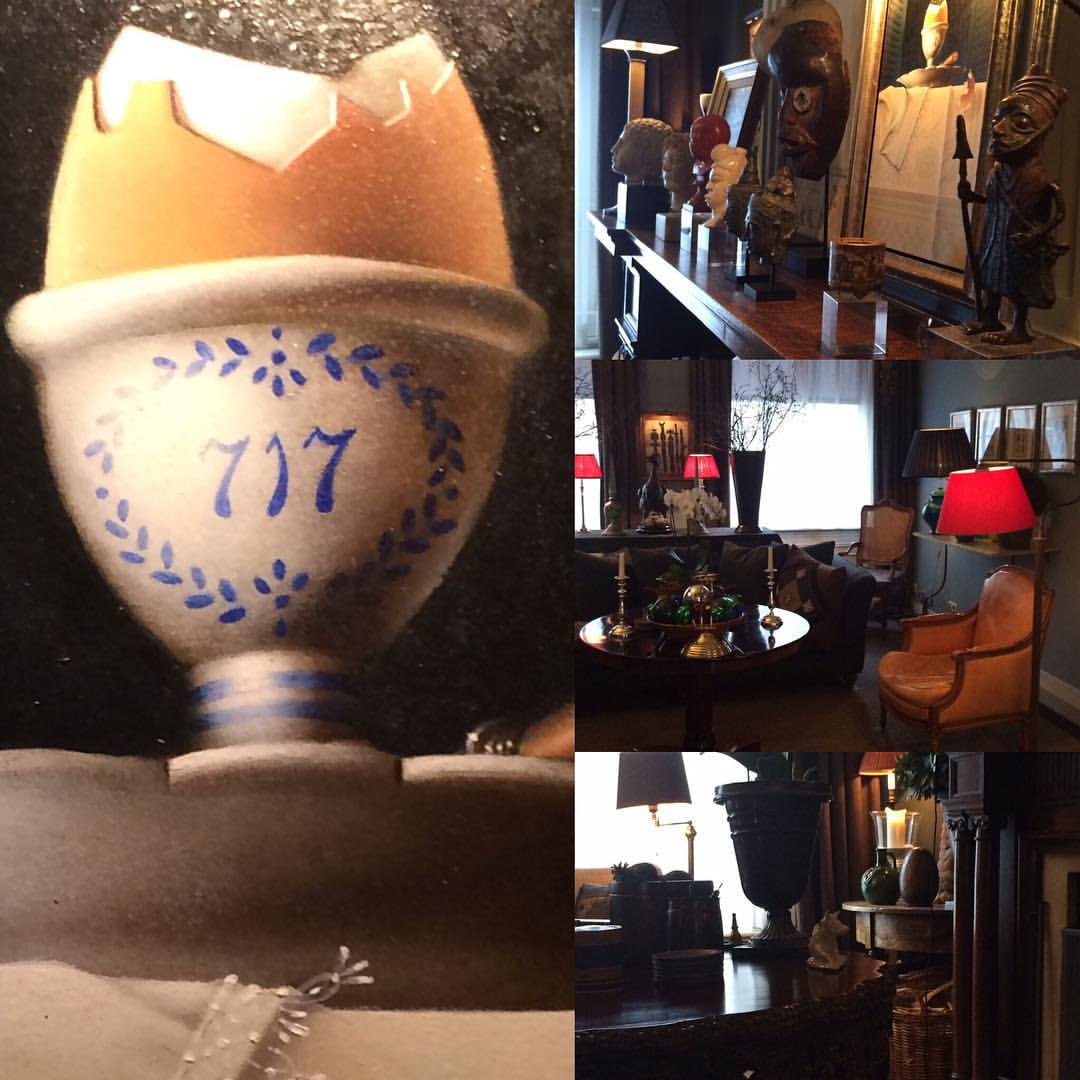 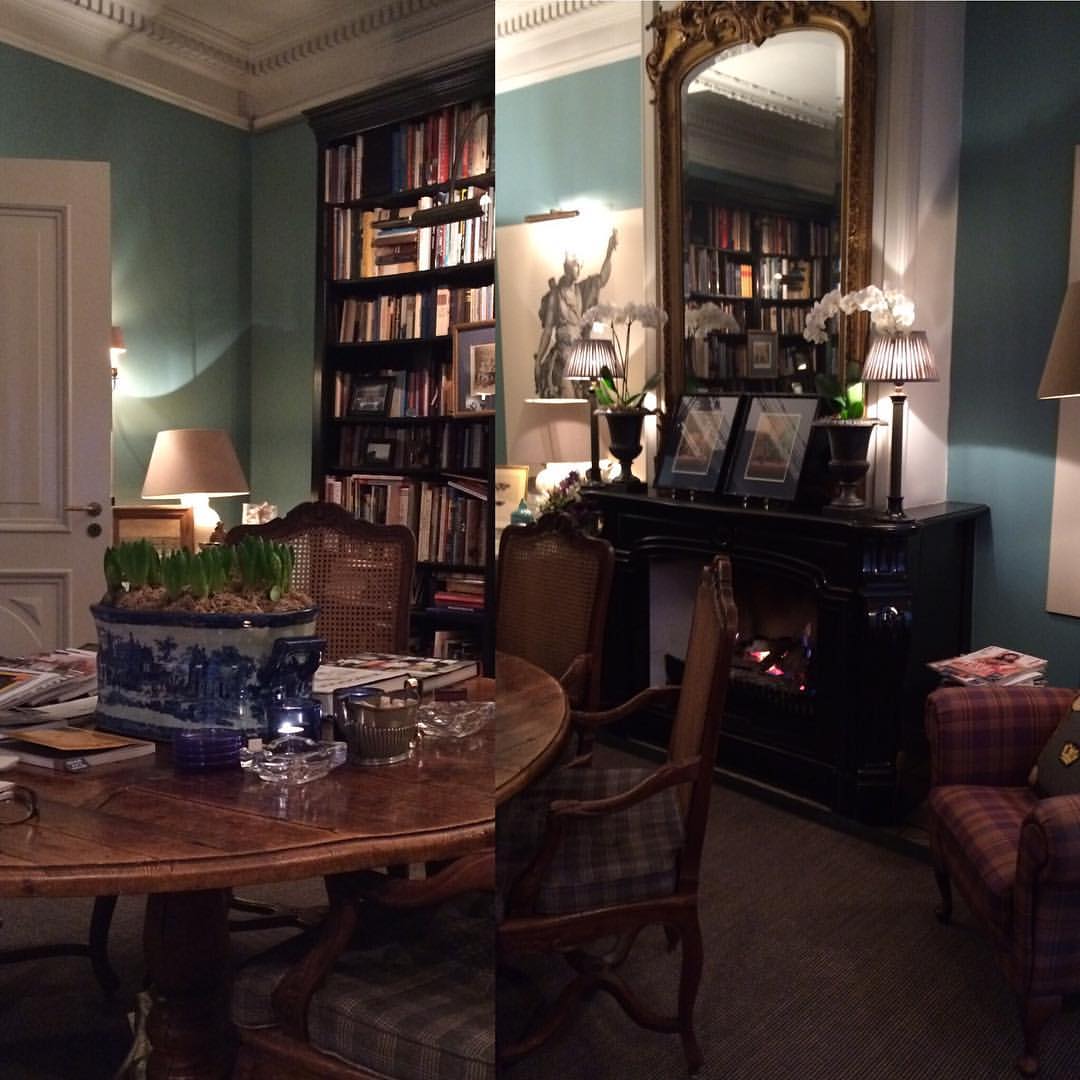 Another glimpse at the marvelous @hotelsevenoneseven in A...

#1
Really looked after
Been to Amsterdam around 30 times, this was a repeat visit to this fantastic, upscale guest house. Such incredible character, like being transported back in time 100 years. Tolkien Suite was huge, fantastic value for money in a near perfect location in Amsterdam. Staff fantastic especially after my little accident outside the hotel, when I had to go to hospital for checks. Could not have been kinder or more caring. Was told to stop apologizing (English tradition) as didn't want to put them out which I apologize for. Unfortunately my flight home to Gatwick was cancelled due to drone activity closing the airport all day. So not the best Amsterdam stay I've had but it won't stop me returning, especially being so fond of the Dutch people. Thank you once again.
Review by markdriscoll22

#2
Hands Down, Best Stay
We went to Amsterdam for a getaway long weekend and Hotel Seven on Seven completely blew us out of the water. From check-in to check-out the staff was incredible. They were not only kind and professional but had great suggestions for dining out and even a place where I could go by flowers! It felt like a bed and breakfast but with the privacy of a hotel. The room was unbelievable. High ceilings, large windows with shutters, spacious with more room to lounge than we knew what to do with, a great bed, and a huge bathroom with shower and tub. The breakfasts were incredible. In the dining room we felt like we were living a fairytale. And the morning we had breakfast in our room, the food was incredible. The location is walking distance to everything including museums. I can't say enough...If you're looking for an over-the-top stay that's unique and stylish, pick Hotel Seven one Seven
Review by Climber06311423663

#3
Quaint hotel in central Amsterdam
A traditional Amsterdam canal facing building with open fires, spacious suites and friendly staff will make your stay in this interesting city all the more enjoyable. The team is only 100 yards away for trips towards the central train station or main shopping areas and check out Black restaurant only across the team rails for fantastic breakfasts and lunches
Review by Michael R

#4
An atmospheric gem!
I treated myself to a restorative couple of nights at the historic, canal-side Hotel Seven One Seven and loved every minute. I found the staff charming, welcoming and polite...discreetly on hand to offer you an umbrella on your way out or a suggestion for a good place to eat.
My suite with its long shuttered windows overlooking the water was sumptuous and elegant with lots of comfort and interesting touches so I spent most of my time there, particularly appreciating the marble bathroom, with lovely big bath and rubber duck (very Dutch humour). I wish I'd spent a little longer in the exquisitely decorated sitting rooms downstairs. They were full of curious object d'art but I did at least enjoy a complimentary drink by the fire while I was checked in. I kept thinking what a beautiful home the hotel would make...just the right proportions; grand but also rustic chic. It was fully booked but I could have been the only person there.
I have to say I couldn't work out how to use the coffee machine in my suite, so a couple of sachets of instant coffee would have been easier with some little pots of milk. But moments after mentioning the milk situation a lovely lady appeared at the door with a dear little delft jug for me.
It's a really interesting and special place; a one off. I would definitely go back.
Review by StyleseekingSarah

#5
Distinguished Hotel
A special hotel different than normal ones.
Liked the decoration of the suite so much,
Location of the hotel is excellent.
Very helpful & nice staff.
Definitely, will stay in the hotel again.

Thank you for the memorable stay
Review by hosalsh

#6
Disappointing!!!
We were extremely excited about our visit to Hotel Seven One Seven that we booked through Mr and Mrs Smith. Based on the reviews we had read, we were expecting a truly indulgent and special holiday. Alas this couldn’t have been further from the truth and I’m incredibly surprised with many of the outstanding comments about this place. It’s like we stayed at a completely different hotel.

After a long journey we arrived at the hotel to be ushered inside in an uncomfortable and awkward manor. When I asked whether the porter would like my name he said “no- just a credit card” which we found provided a unprofessional and cold first impression.

We chose this hotel based on the fact it seemed laid back and casual. However, we found the atmosphere in the hotel incredibly uncomfortable.
As an example; every evening we were asked what time we would be down for breakfast in the morning. Both my partner and I work hard and the last thing we want to do on holiday is to stick to pre organised time schedules(!). We stay in a lot of upmarket hotels and we’ve never been asked this. The hotel shouldn’t offer a breakfast window if they don’t expect people to make use of it.

Next: breakfast. What a massive let down. Bacon was hard, sausages tasteless, bread from a packet and stale. The Porridge consisted of raw oats with hot milk poured on top, and the pancakes were caked in lard- completely inedible. My partner requested soft boiled eggs which arrived rock hard on both mornings. When she questioned it the waiter said they couldn’t be hard as they were cooked for 5 and a half minutes(!). It transpired that the waiter was also cooking the breakfast, and as polite as he was, surely a soft boiled egg shouldn’t have been too hard. There should be a designate chef in a 5 star hotel- not random staff mucking in and attempting to cook.

The icing on the cake was the fact we were charged €25 per head for breakfast- which amounted to €150 over the 3 days. This additional charge was not made clear to us. We had assumed by how the porter had initially told us about breakfast at check in that this was included in the price. This definitely needs to be made more clear to customers. We were really quite upset to find out that we had been charged this amount despite the food not even being cooked by a chef. Really incredibly poor and not in line with the expectations one has when staying at a 5 star hotel.

The room itself was nicely designed but- again there were some key issues that urgently need to be addressed.

A five star hotel should provide a variety of coffee and always have milk and sugar on hand. I personally prefer instant coffee- not Nespresso and it was disappointing this wasn’t catered for (even on request). When I called room service for some milk they sent a tiny amount that was curdled and off. Drinks etc weren’t refilled as you would expect which is really disappointing.

I understand that space is at a premium in Amsterdam but the toilet in our room
(Room 9) was far too small. My partner and I aren’t big people but we struggled to use the loo. Especially since the loo seat was broken and swung round when you went to sit on it. An average sized man would not be able to use the toilet.

The shower was broken- the button had snapped off which made turning it on and off very difficult. It looked like it had been broken for a while. The tiling needs some attention and looks tatty and unkempt.

The fake plants in the corner were covered in dust, which was unpleasant. There was also only one tiny bin in the whole suite, and while this isn’t a game changer, it’s just another oversight by someone who obviously lacks attention to detail.

On arrival home after a day out we realised that the person who cleaned the room had left their key in our door all day, meaning our valuables were left unsecured. There was no apology or acknowledgement of this when we handed the key back.

At no point during our visit were we asked how we were finding our stay at the hotel. We felt we were more of an inconvenience than paying guests. We spent over £1000 at the hotel and I have never felt so unwelcome.

We travel a lot and appreciate sometimes the odd thing slips but this was truly terrible from start to finish. We mentioned the appalling quality of the breakfast plus the hidden cost in front of the porter on check out but this was ignored.

We will be contacting Mr and Mrs Smith separately as we feel this hotel has been massively misrepresented on their website. Its a clear case of miss advertising and we feel that the poor level of service we were provided with really tarnished what should have been a great holiday.

#7
Perfect spot in my favourite city
Hotel Seven one Seven is an amazing place. The historic tenement house makes you feel the wonderful historical taste of the city. Beautifully decorated, with extremely nice, polite and very helpful staff. I always get the absolute best recommendations for restaurants. As soon as I am in Amsterdam, I always try to stop there
Review by 685ma_gorzataw

#8
One nighter on business
From the moment we arrived to the moment we left we felt very welcome and accommodated for. Arriving early tired and long haul fatigue we were soon given refreshments and a chance to use on of the rooms to freshen up. Nothing was too much trouble and the staff/team we encountered were great! The hotel is beautiful canal house and now hotel. Each room is different and full of quirky antiques from around the world. Super convenient for walking to the shops the museums restaurants bars etc. Would’ve been great to have another night ! Will plan to stay longer if I can next time.
Review by DJWakitup

Location
It's a prime canalside location in the heart of town, though a bit noisy at night. You’re 10 minutes’ walk from the Rijksmuseum, and 15 from the Anne Frank House, via the popular Negen Straatjes shopping area. Centraal Station is under 15 minutes way by tram.
Parking
The ‘de Hoofdstad’ car park is located diagonally across the street from the hotel. We can reserve a space for you in advance.

Style
As our business or private guest you can experience the unique combination of staying in a 19th-century building yet being able to avail yourself of all imaginable modern conveniences. We will receive you at this stunning establishment along the canals in an atmosphere of warmth and with full respect for your privacy and comfort.

Rooms
Two magical suites, which look out over the 17th-century Prinsengracht on the front of the premises and offer breathtaking views of the canals, can be reached by taking the oak staircase. The same stairs also provide access to seven, spacious suites and rooms with a view of the Patio.

During the summers you can enjoy the elegantly laid out Patio under the old maple tree. Here, once again, the emphasis is on creating a relaxed atmosphere, a home far away from home 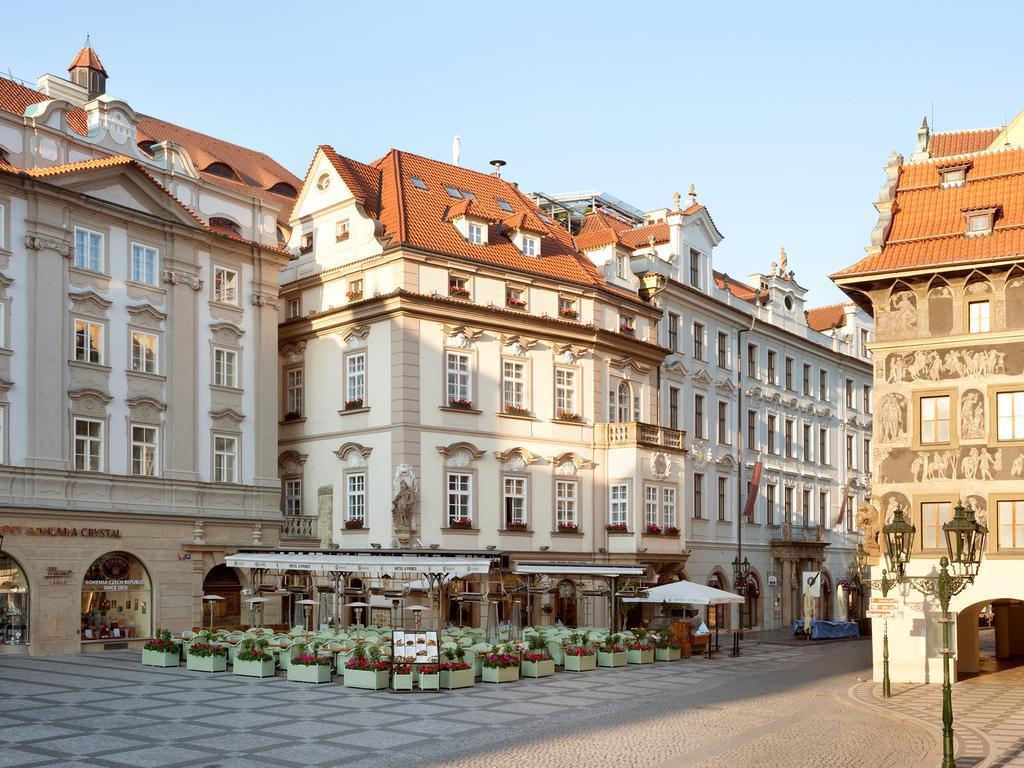 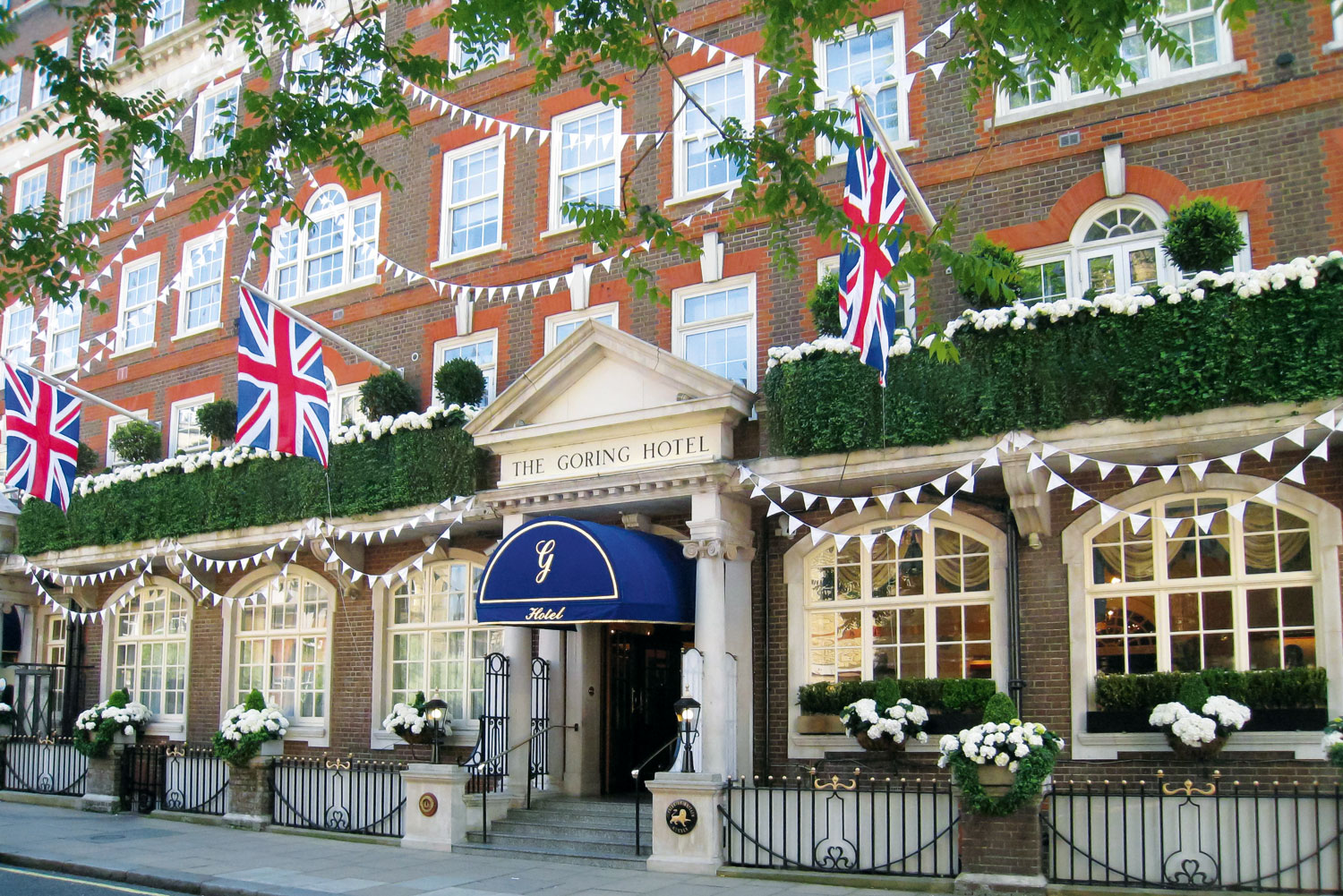 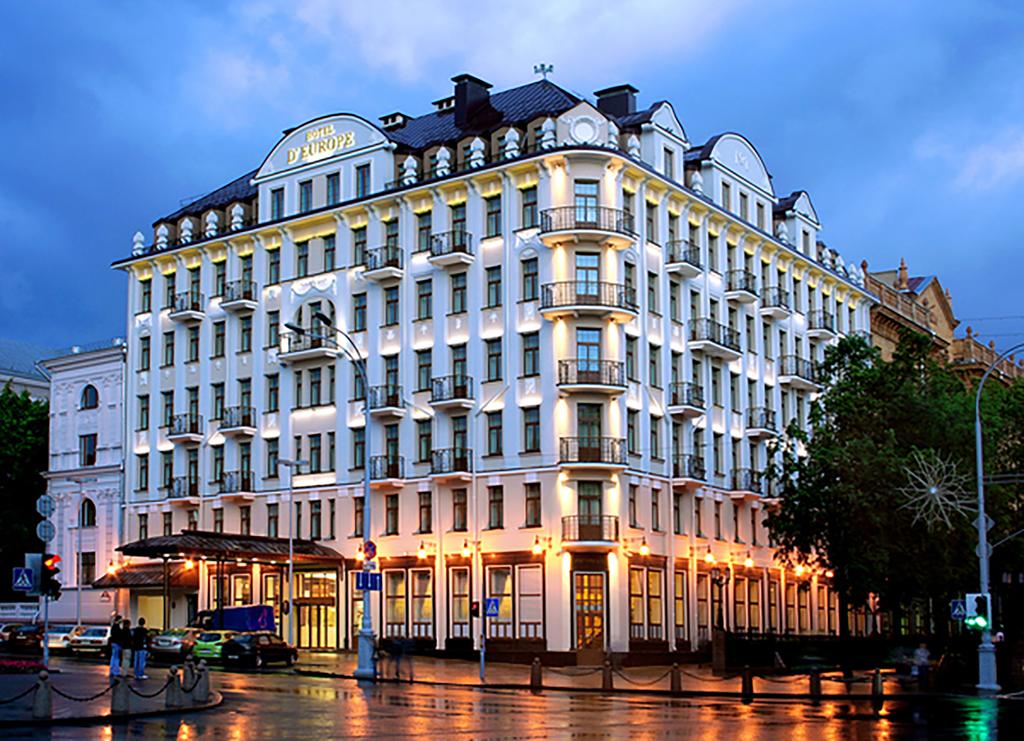 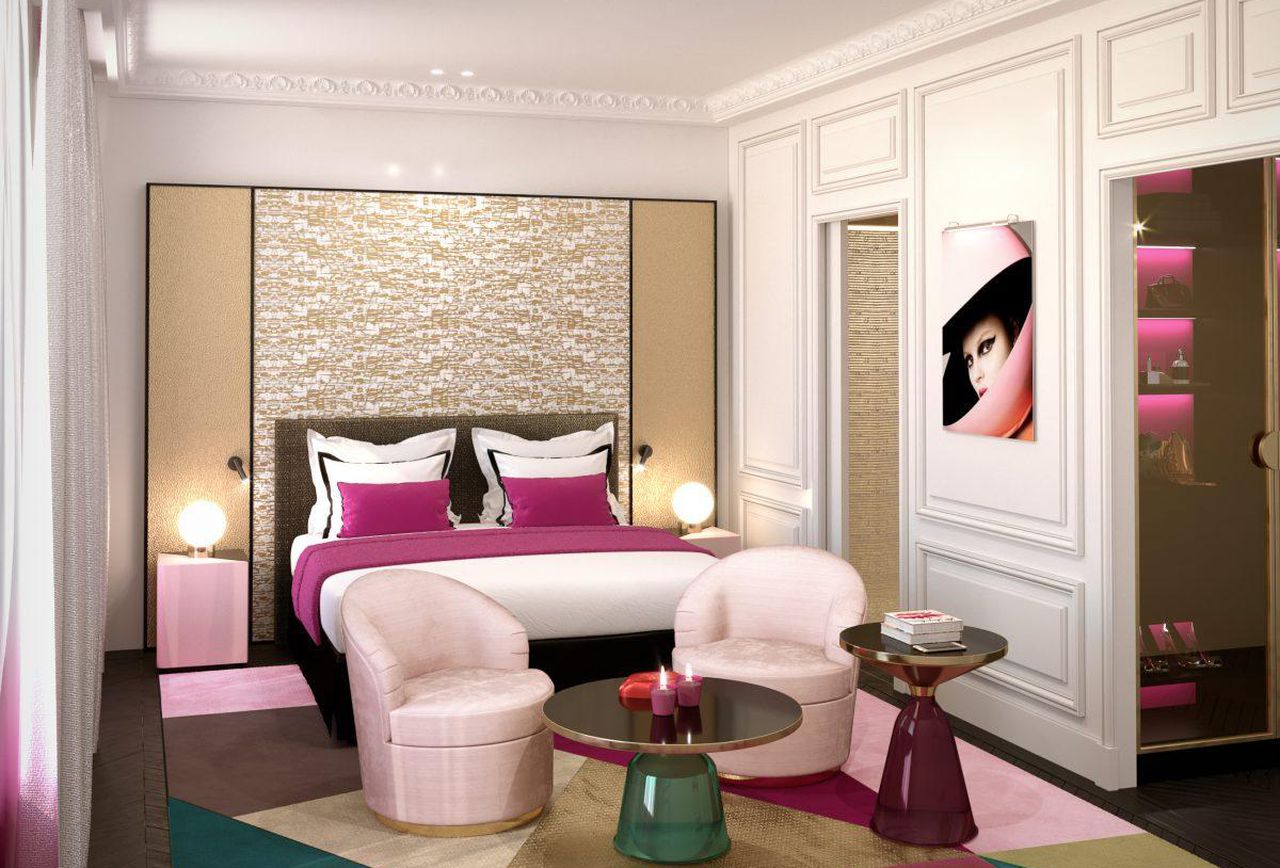 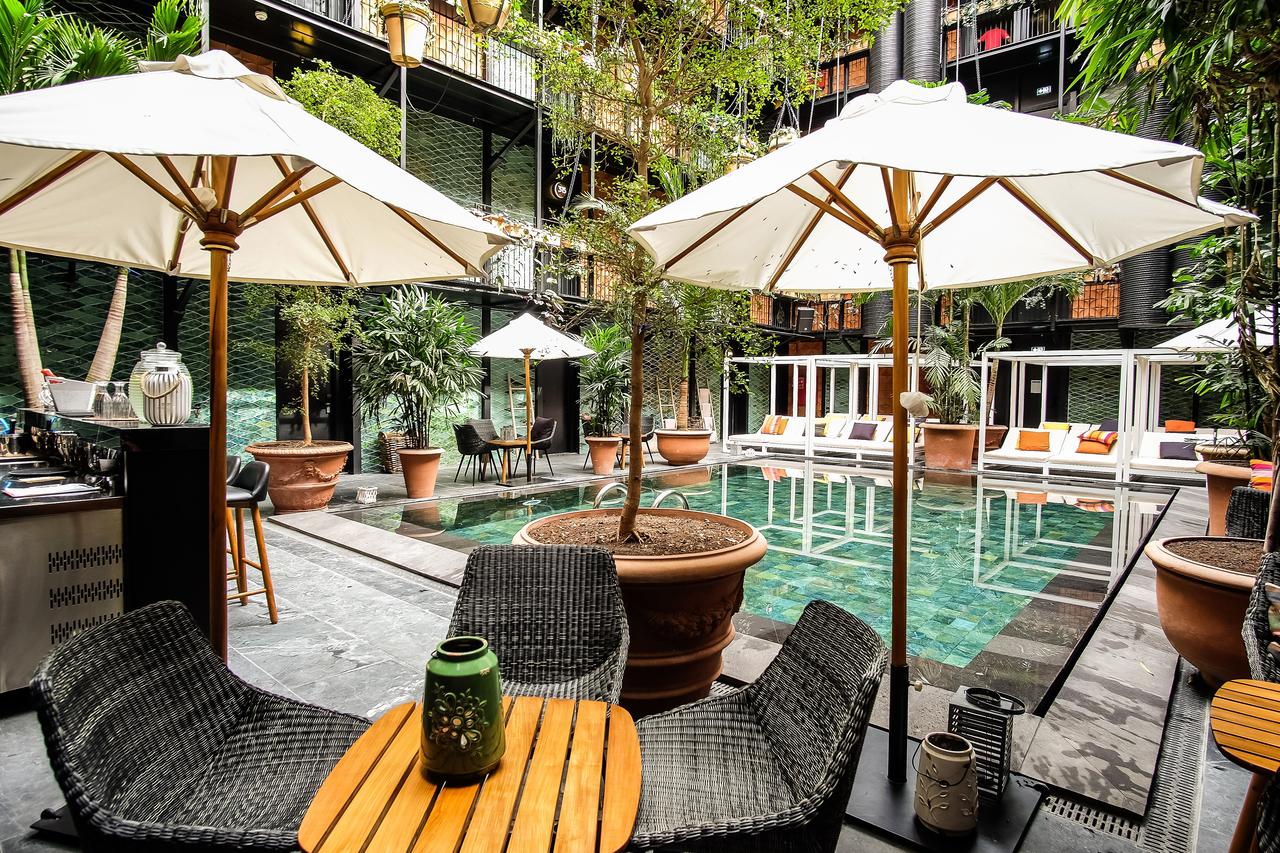 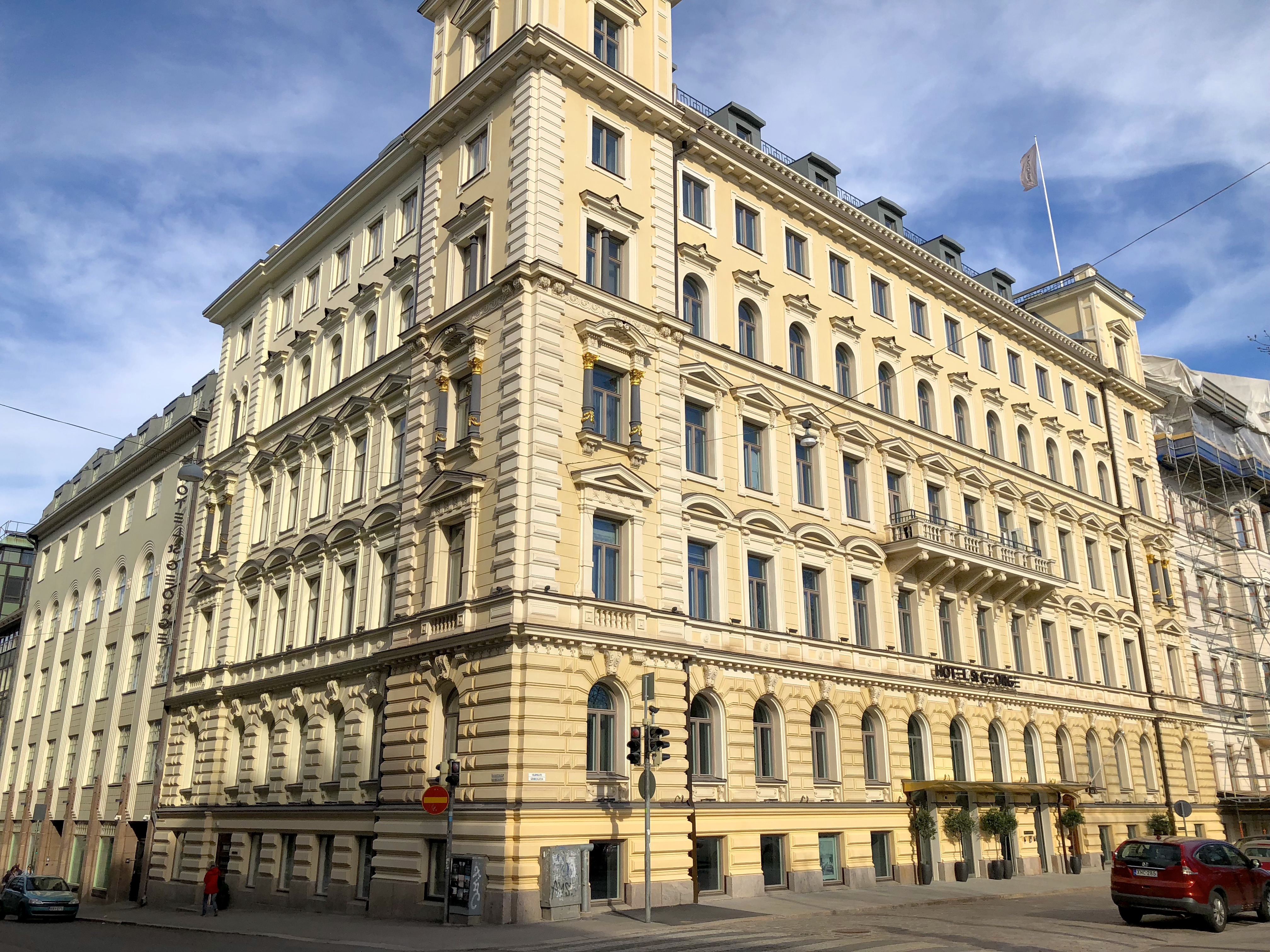 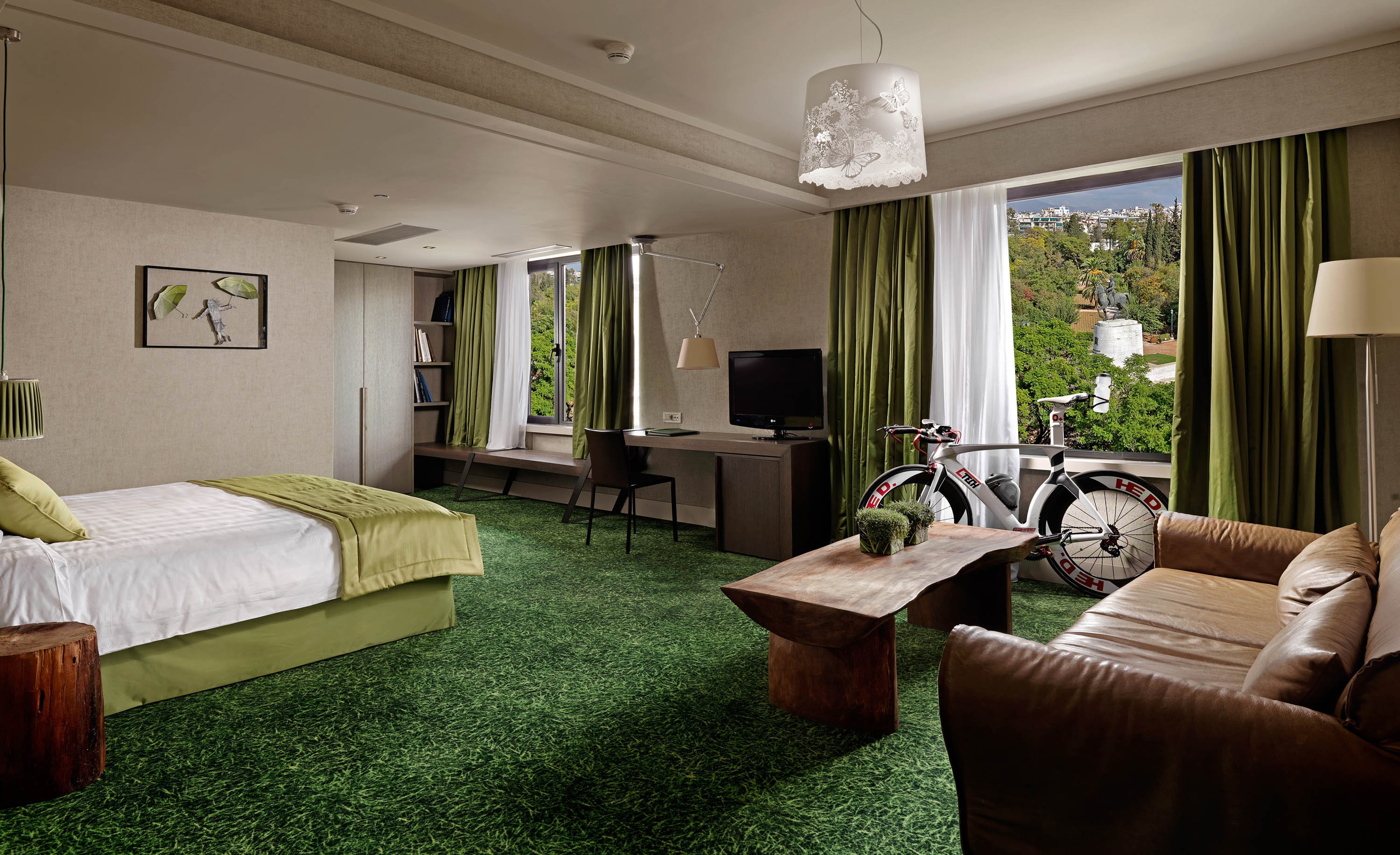 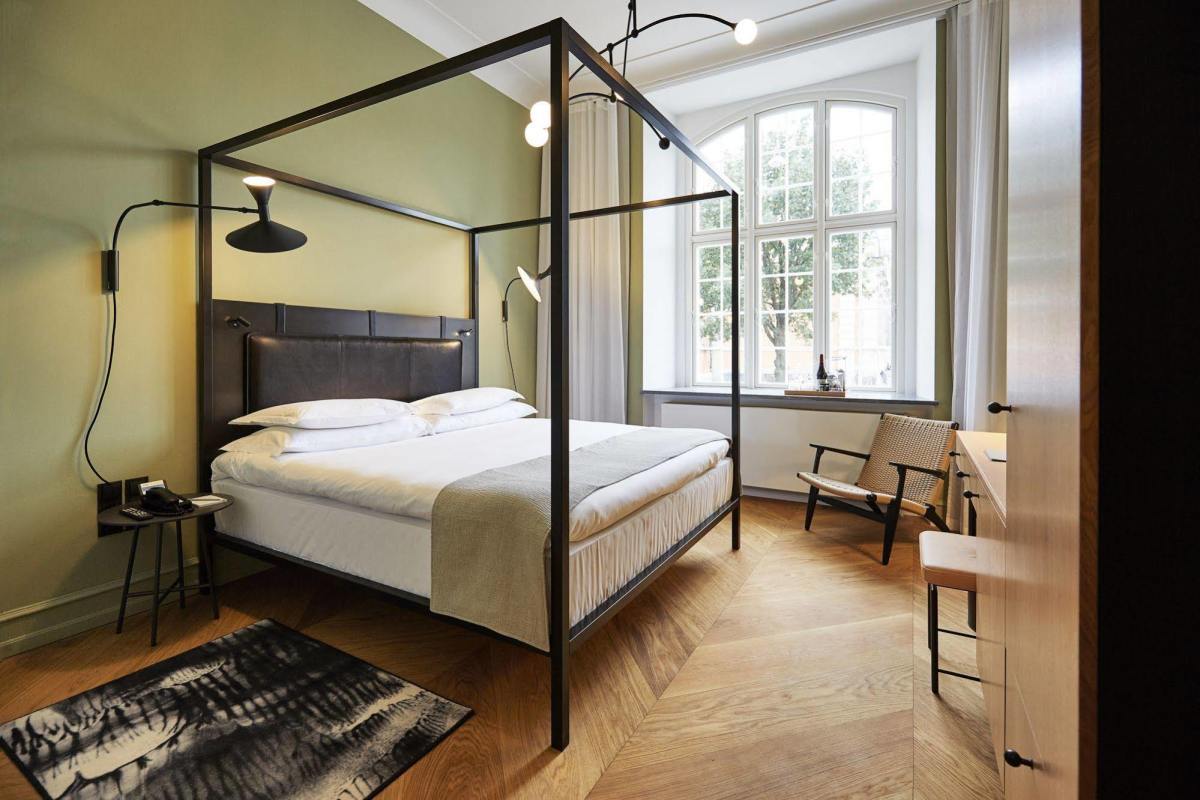 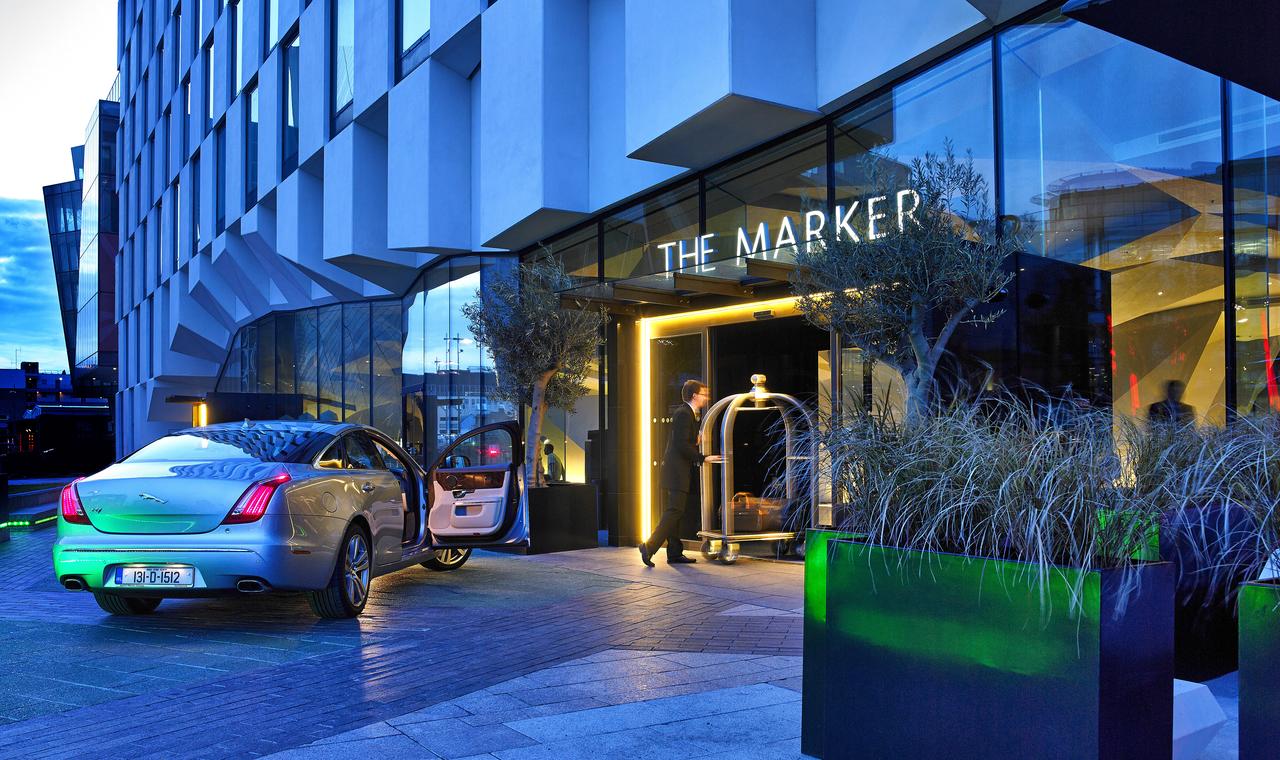 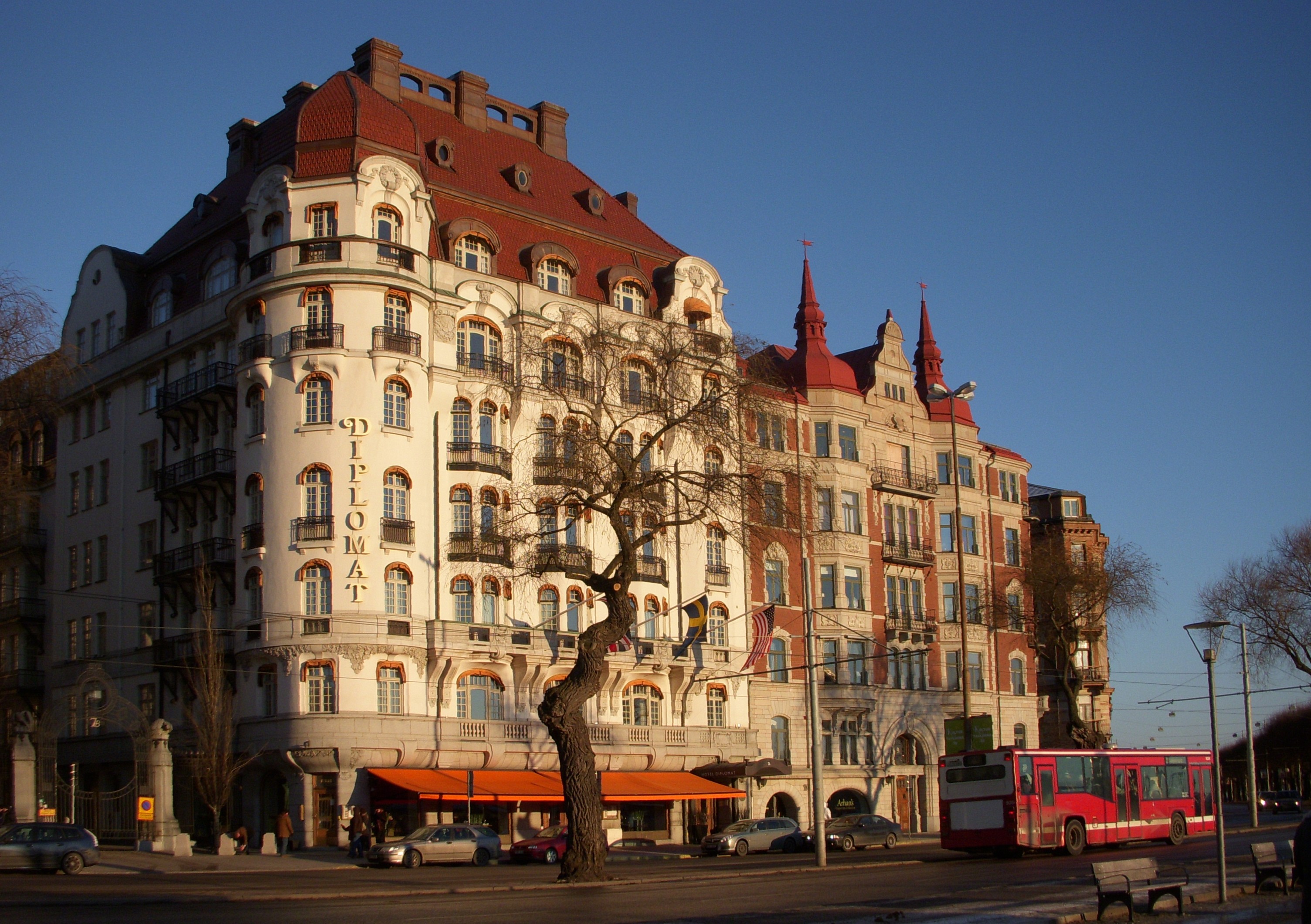 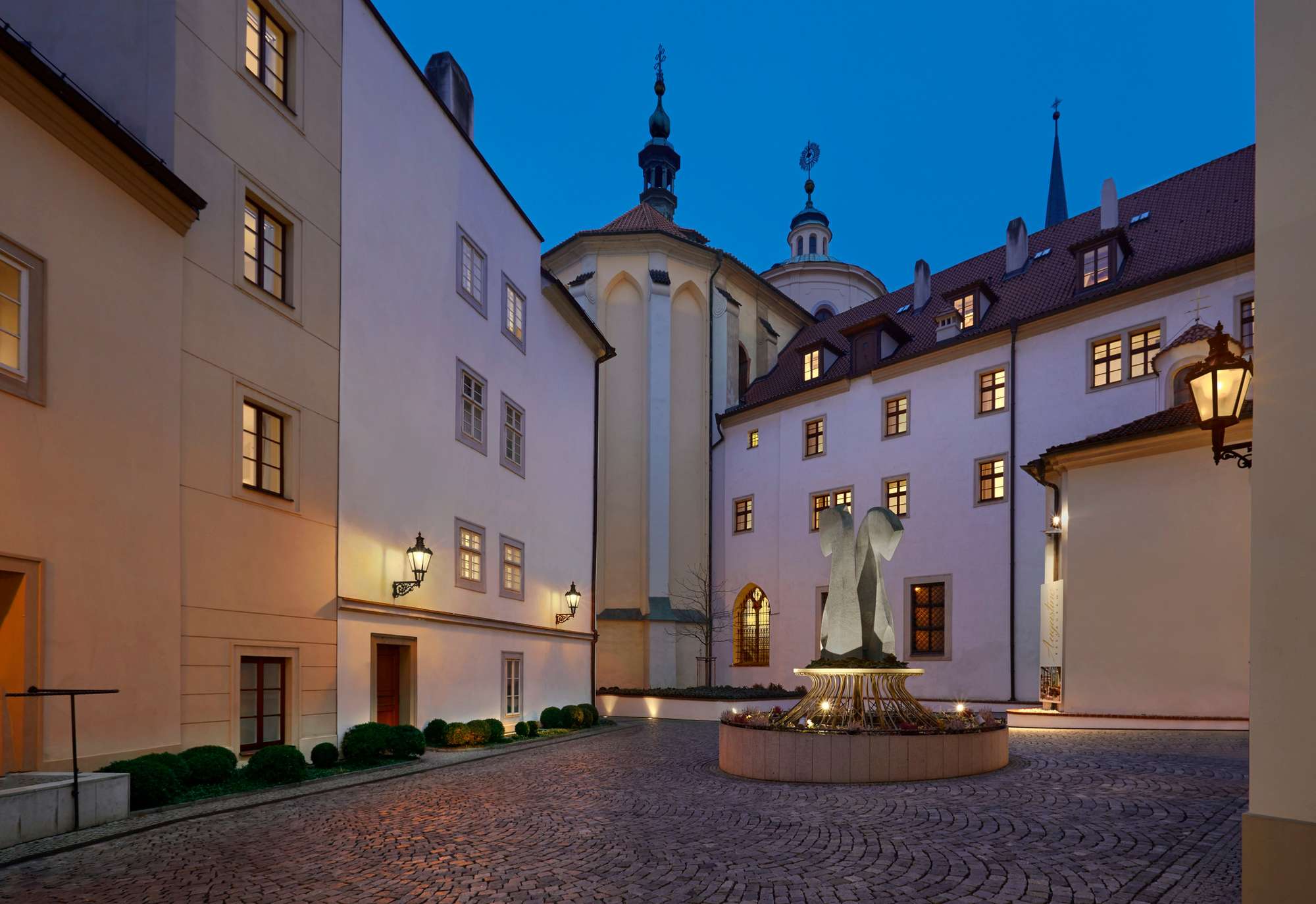 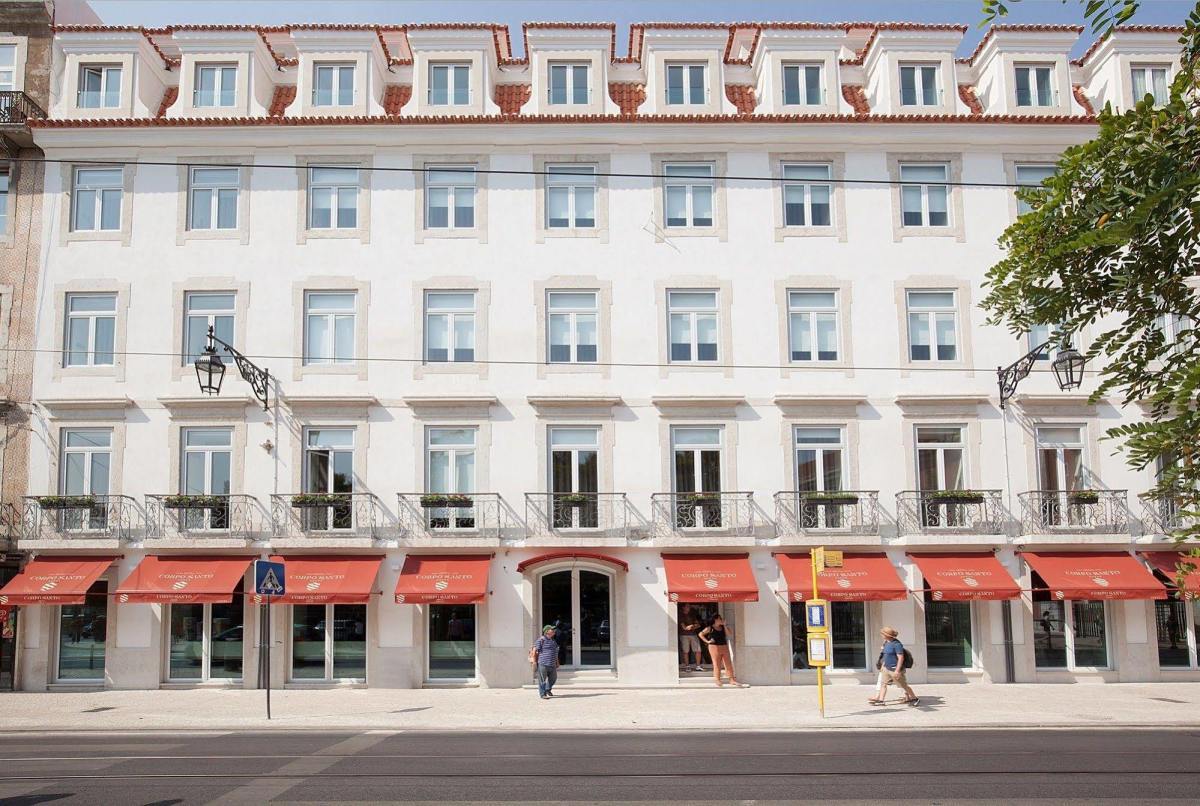